In 1967 a Canadian team of swimmers toured South Africa and competed at the South African national swimming championships at Ellis Park in Johannesburg in 1967. Their coach was Canadian great Howard Firby, who coached Jane Hughes and Elaine Tanner in Vancouver.

At the South African swimming championships at Ellis Park in Johannesburg, Tanner set new national records for the 110 and 220 yards freestyle and butterfly. However, the big news was of the event was her beating world record holder Karen Muir in the 220 yards backstroke. 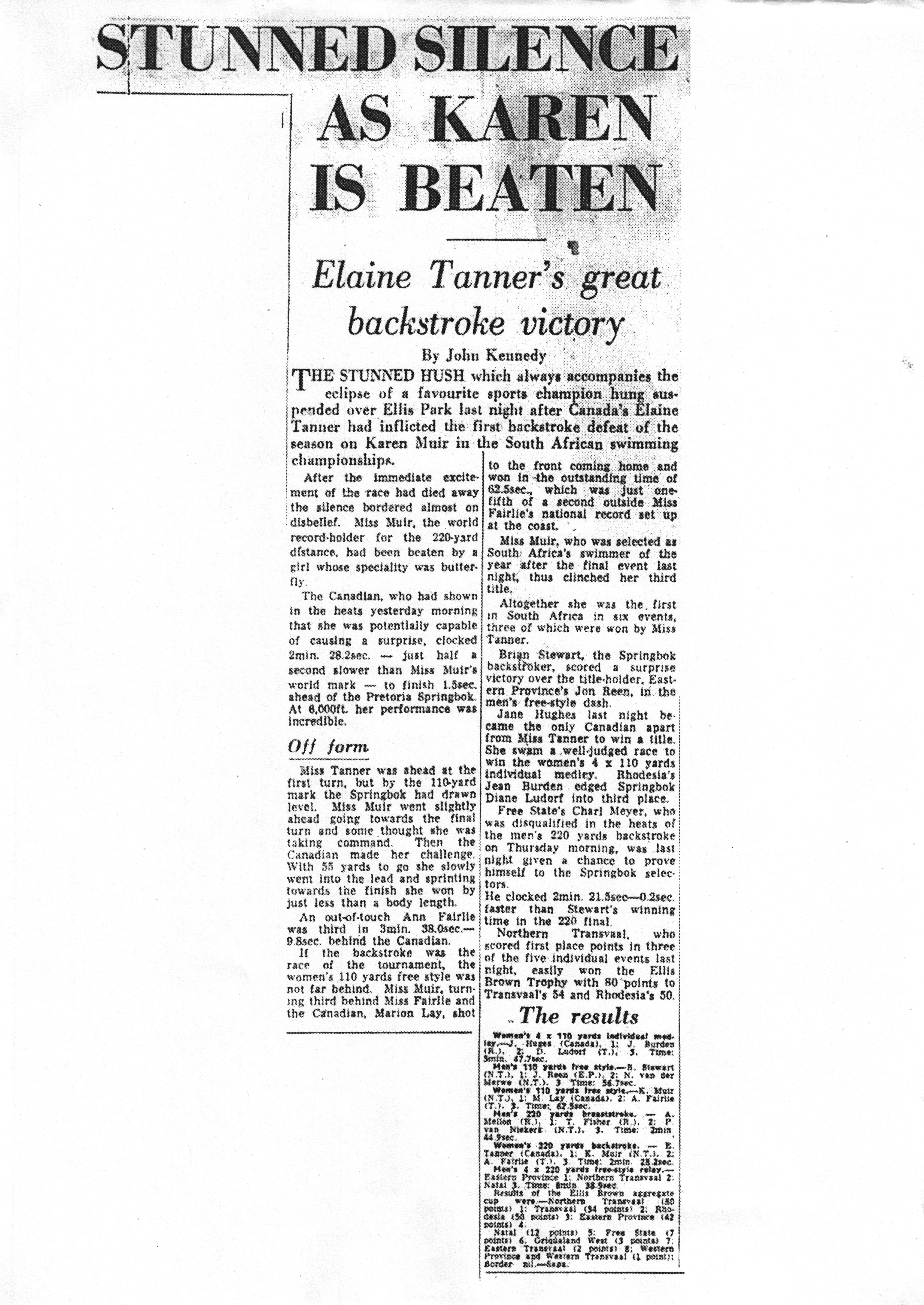 Tanner beat US and Olympic champion Cathy Ferguson, who swam aganst Karen Muir and Ann Fairlie in South Africa in 1966, in the 100m backstroke at the US nationals in 1966 She also won seven medals at the 1966 Commonwealth Games. With Hughes, Lay and Kennedy, they won the 4x110 yards freestyle relay at the Games in Kingston, Jamaica. 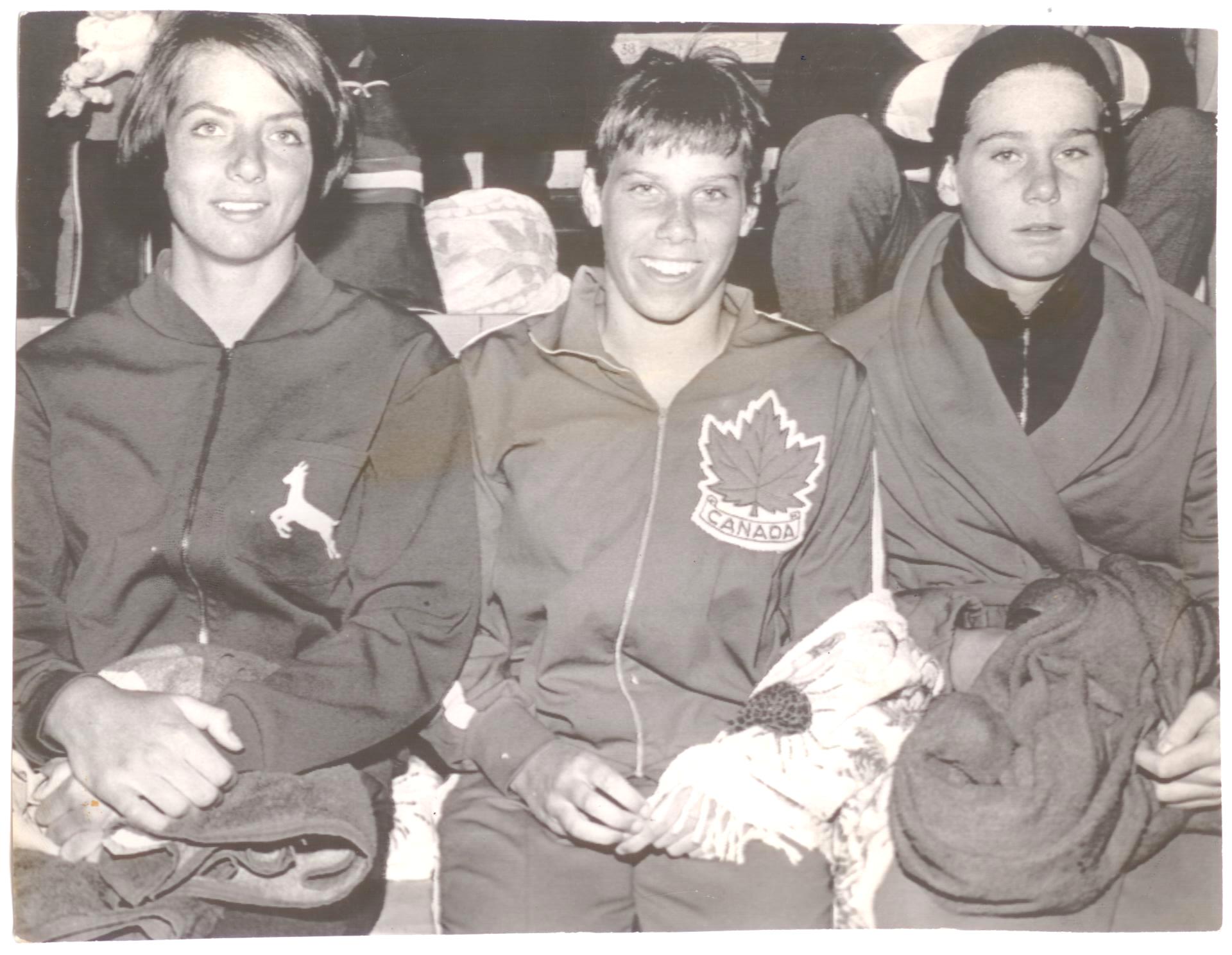 She met Karen Muir in August 1966 when the Springboks swam in her hometown of Vancouver. Tanner and Muir ended in a dead heat for the 220 yards IM - setting a joint new World record. The race featured the oddity of (Canadian) judges determining Ms. Tanner had finished first, while timers recorded Ms. Muir touching the wall one-10th of a second faster. Under international rules, the record was shared, based on average times. 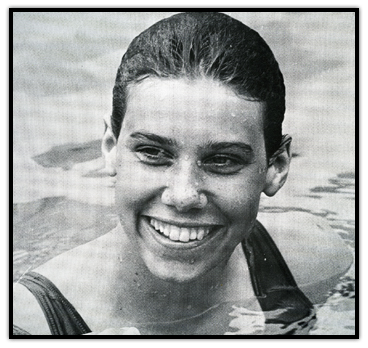 Tanner was there In Blackpool when Karen Muir broke her first world record in 1965:

Beneath the stands, a young Elaine Tanner was surprised by the tumult. “It sounded like a stampede up there,” she recalled. “I thought, ‘Who would break a world record in an age-group event? Oh my god, who is this girl?’ ”

By the time she was 15, the Karen Muir stood 5 foot 7 with a physique so lean she was called Bamboo. Her Canadian rival, nicknamed Mighty Mouse, stood at five feet 3 inches.

“We looked like Mutt and Jeff together,” Tanner said.

These four Canadian swimmers set a world record in 1966, before coming to South Africa. 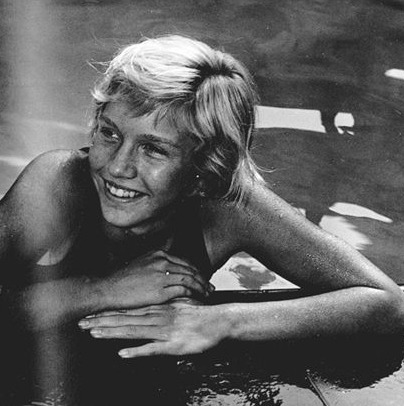 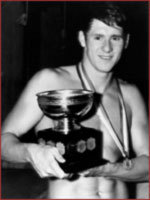 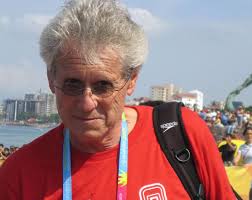 Ron Jacks - swimmer and coach. One of Canada's finest swimmers of the 1960s, Ron won many medals at the 1964, 1965, and 1966 National Championships and set seven Canadian records between 1965 and 1972. In 1966, he competed at the Commonwealth Games, where he won a gold medal in 110-yards butterfly, winning bronze in the 1970 Commonwealth Games in Edinburgh.