The first Australian tour to South Africa was from February to April1939, when two swimmers and a diver toured South Africa for three months. They were Noel Ryan, R Wilshire and diver Ron Masters, who was the 1938 Empire Games springboard champion. During the trip Ryan set seven South African records, and Wilshire one. Ryan won all the races he swam, and even gave a surfing demonstration in Durban.After the tour he noted that he now held all South African records from 220 yards to the mile. 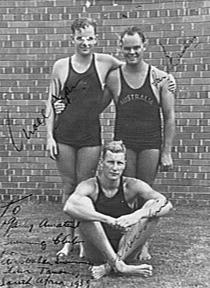 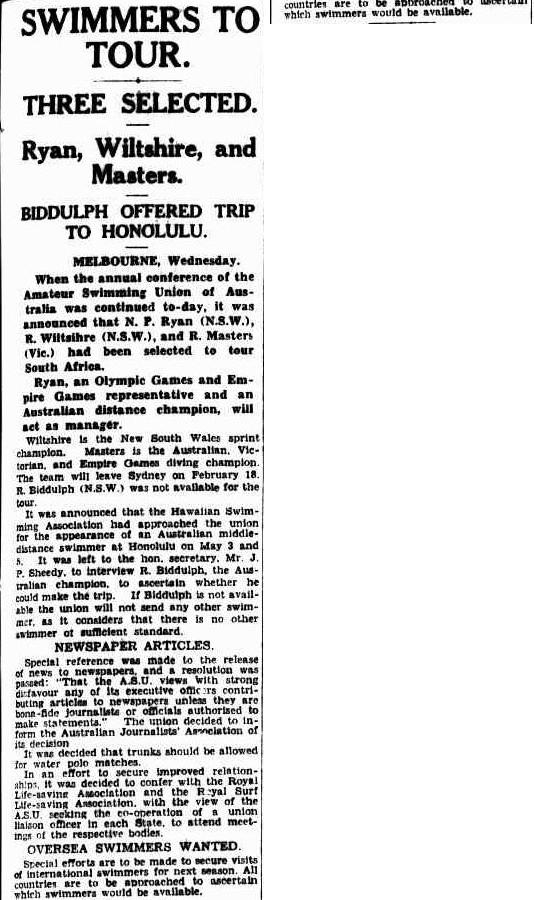