In June 1920 the Australian Olympic team, on board the Ascanius, arrived in Durban en route to Amsterdam. The team included six swimmers - 5 men and a woman - competed in a gala in Durban on 18 June 1920. The men were Henry Hay, William Herald, Ivan Stedman and Keith Kirkland, Frank Beaurepaire, and sister Lilain de Beaurepaire (below.) The men's team won a silver medal in the 4x200 freestyle relay in the 1920 Olympic Games, and Frank Beaurepaire took bronze in the 1500 freestyle. Barbara Nash was the only Springbok swimmer to compete at the 1920 Olympic Games. A later gala to be held in Cape Town never took place.

In Durban Frank Beaurepaire set a new South African record for the 100 yards reestyle. His time of 58,0 seconds beat the record held by George Looper Godfrey at 1:01,3.  At the South African championships held in the same pool in March 1920, Jackie Brown of Rhodeisa won the event in 1:04,2. 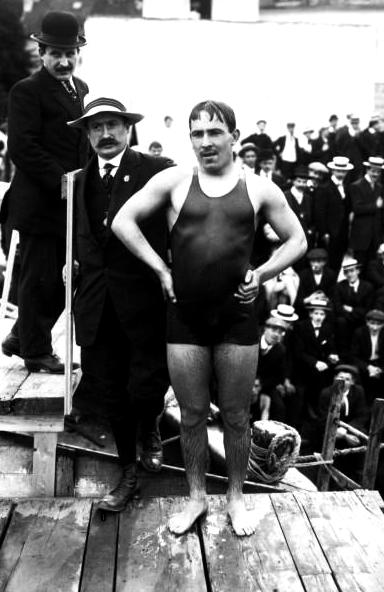 The photo of the Durban Beach Baths of the 1920 Australian Olympic team gala. 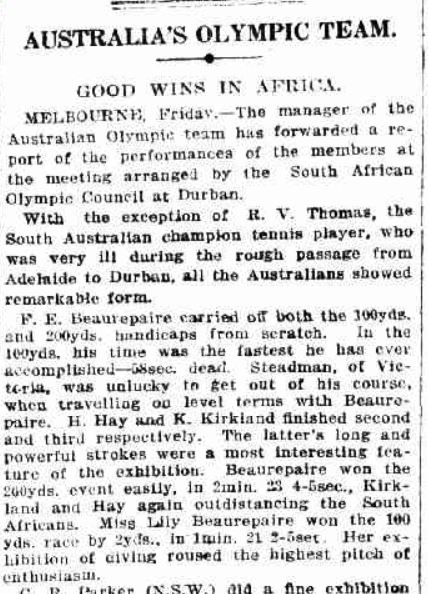 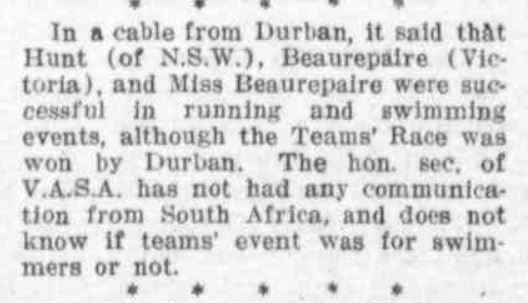 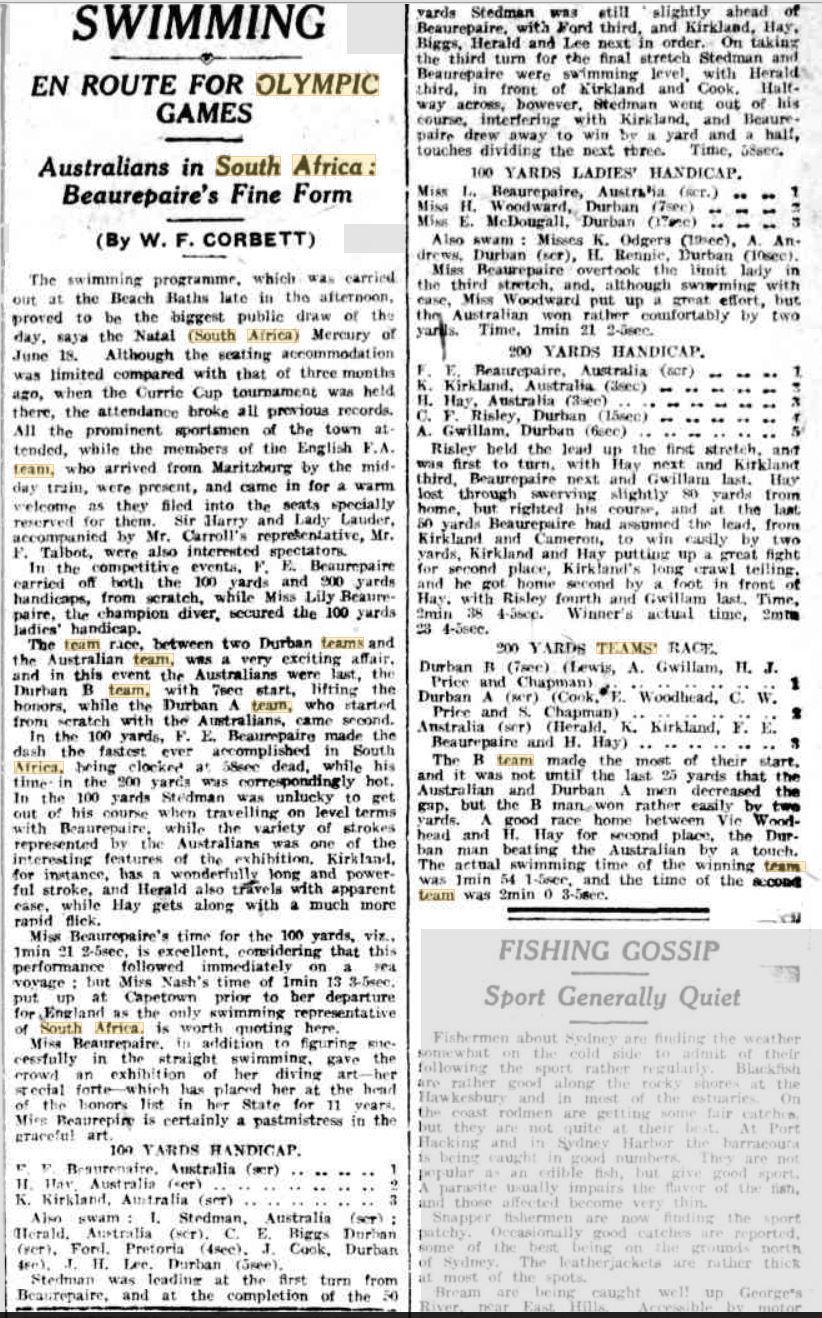 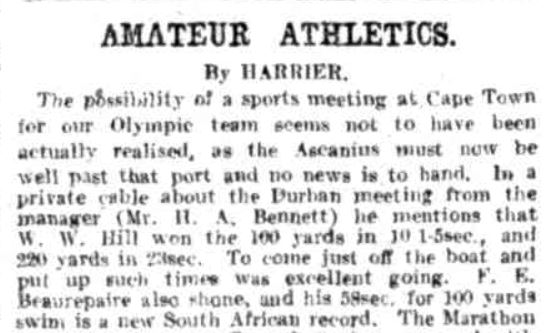 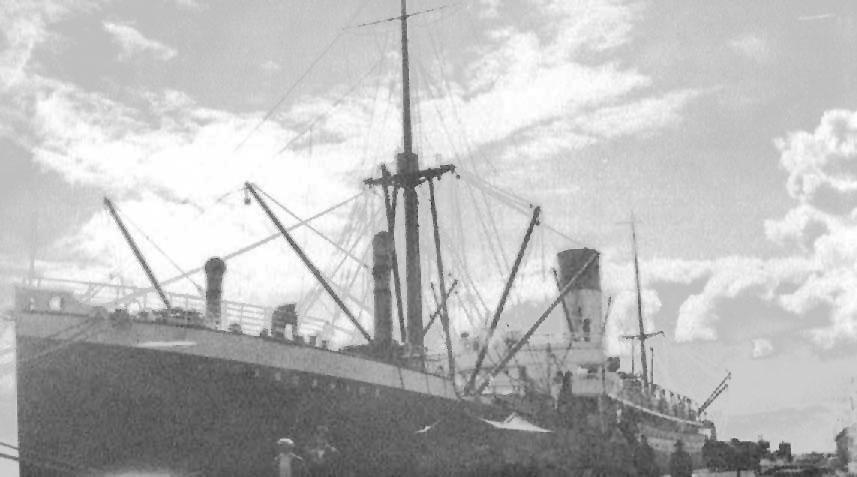