A contemporary of coach Jimmy Green in Pretoria, Rachael Finlayson was a coach in Durban for many years - the beach baths were eventually renamed after her. She was the 1928 Olympic coach, and with Jimmy Green must be considered the mother and father of swimming in South Africa. She was also the prime mover behind the Cygnus Swimming club - which is still the best synchro club in South Africa.

The Durban Beach Baths were renamed in her honour in 1959.

coach and manager Ma Finlayson with the girls at the 1928 Olympic Games.

My father was Gordon Black Finlayson.  He was an architect trained at the

University of Aberdeen in Scotland.  His parents were George Finlayson and

Glen Lane.  His siblings were George, Jimmy, Horace and Belle.  My Uncle

Horace said the family came from an island on the West Coast of Scotland,

Aran or Corran and our ancestor was a priest attached to a laird's house.

out of the house.

My mother was Rachel (nee Morley).  Her parents were George Hessel

(Jack-Jack) Morley who was born in Terrington, Yorkshire and Granny Morley

My mother Rachel's younger siblings (my aunts and uncles) were as follows:

Harry, who married Gladys and had Yvonne, Elaine and Douglas.  He died

crossing the railway tracks near Maydon Wharf. He was climbing under a

stationary train when it was shunted and a wheel caught him.

Bert who married Maud.  They had no children and he died of TB.

Telephone Dept. and later was a theatre owner and author) and Daphne; and

married Peter Carter), Arlene (who married Ivan Muir) and Peter who was an

and moved to Dubai.

of Castle Howard outside York for the Earl of Carlisle.  He was the person

who did the inlaid floor in the chapel.  They came out to Durban on the boat

about 1880 with the Dykes and the Mercers.  Mr. Mercer was a botanist

trained in England and he later developed the Mercer Mielie.  Before that,

the common mielie was the Hickory King, which had 8 rows of kernels.  The

In Durban, Jack-Jack worked as a cabinetmaker for Blakey & Hope.  He married

Department and married in Durban.  They had two children, Winnie Jean Baron

Finlayson and myself, Horace Morley Finlayson.

Hope and Gordon who married Stephanie.

I married Mavis Adeline Gorven and had three children: Maureen Elaine who

married John Bruce and had a daughter Nicole; Graham Dudley, who married

and had a daughter Katherine Jennifer (Kate) and a son Peter Roger. 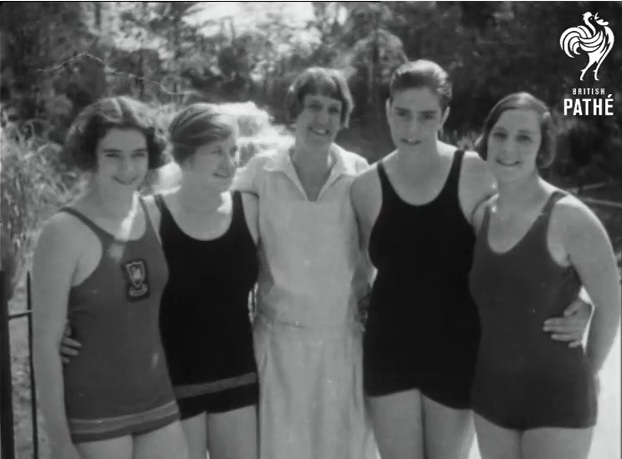 Morley died.  This brought about quite a few changes.  We had a different

set of priorities in the house.  Swimming coaching was No.1 and Mom was away

every afternoon, leaving the “natives” to run the house.  What with the

terrible 'flu epidemic, the occupants of the house changed.  Wilfred and

stay, then Mom took in this skinny young girl named Kathy Russel, whose

Mom would feed her properly.  What a difference it made; she filled out and

Following on to this first crop, more household names, all from the

Hospital, later died in a rail crash at Plumtree in Rhodesia; Paddy Hudson,

Stella, George May and Lilly Cohen.

I should mention here that Uncle Fred was a Natal Champion Swimmer, holding

every record for Freestyle from 50 yards to 880 yards.  Now Mom, as

chaperone to the Natal Team in 1924, went to Cape Town for the Currie Cup

the Northern Transvaal Coach, was also at the games and met up with Mr.

Counselman.  Unbeknown to any of the other swimming unions, he introduced

the crawl to Pretoria.  Come the 1925 Currie Cup here in Durban, he brought

down a team of teenagers: Dyson, Fridjhon, Aubrey Mann and Rhoda Rennie and Zus Engelenberg,

race, so Mom wrote to Counselman and got all the dope on this new method -

hence the urgent start in new coaching methods.  Mom gathered together some

girls and lads at the Town Baths, normally closed during the winter months,

but with some pressure from my Mom it was agreed to keep the baths open.

and Chip Fame!), Mona Snell and myself.  (Mona's boyfriend, Len West, was a

prefect at Durban Boy's High School and I used to keep out of his way!)