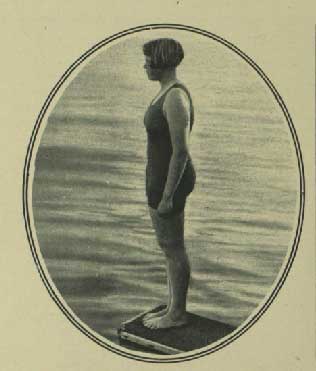 Margaret "Peggy" Duncan swam the English Channel from France, on 19 September 1930, being the first South African to do so - and the only person to succeed between 1928 and 1933. Before that she won the first Robben Island race in 1926 - then aged 15 - having run away from her convent school in Johannesburg to compete in the event. She was also the first woman to achieve this crossing.

The author Laurence G. Green provides a first-hand account in his book So few are Free:

It is a far more difficult swim than the English Channel crossing, as the Table Bay water is seldom above fifty degrees Fahrenheit, whereas the Channel is usually above sixty-five. Women seem to feel the cold less than men, and four women have completed the Robben Island swim. Two of them, Mercedes Gleitze (1932) and Asta Winckler (1934) were already famous when they tackled the freezing currents of Table Bay. But the most popular success was one which I watched from start to finish - the great swim by the fifteen-year-old schoolgirl Peggy Duncan in November 1926. There were sharks about that day, and I was in charge of a small craft chartered by the newspaper which had organised the swim. The contest was nearly called off; but we decided that Peggy Duncan was well protected, and nine hours thirty-five minutes after leaving Robben Island the strong; sunburnt girl reached the old Adderley Street pier. The second woman to accomplish the feat, during the following year, was Miss Florrie Berndt, a Robben Island nurse. In 1930 Peggy Duncan swam the English Channel 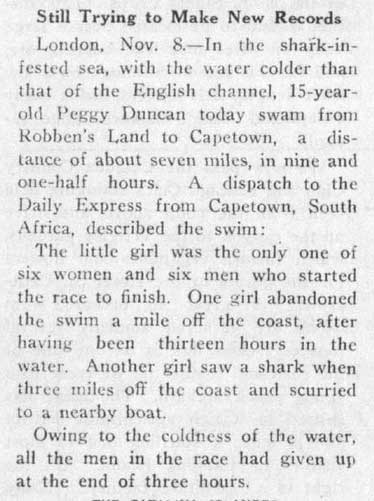 By 1930 Peggy was in England training to complete a Channel crossing - becoming the 14th person to succeed. Her coach was the famous Jabez Wolffe, who had also coached Gertrude Ederle. 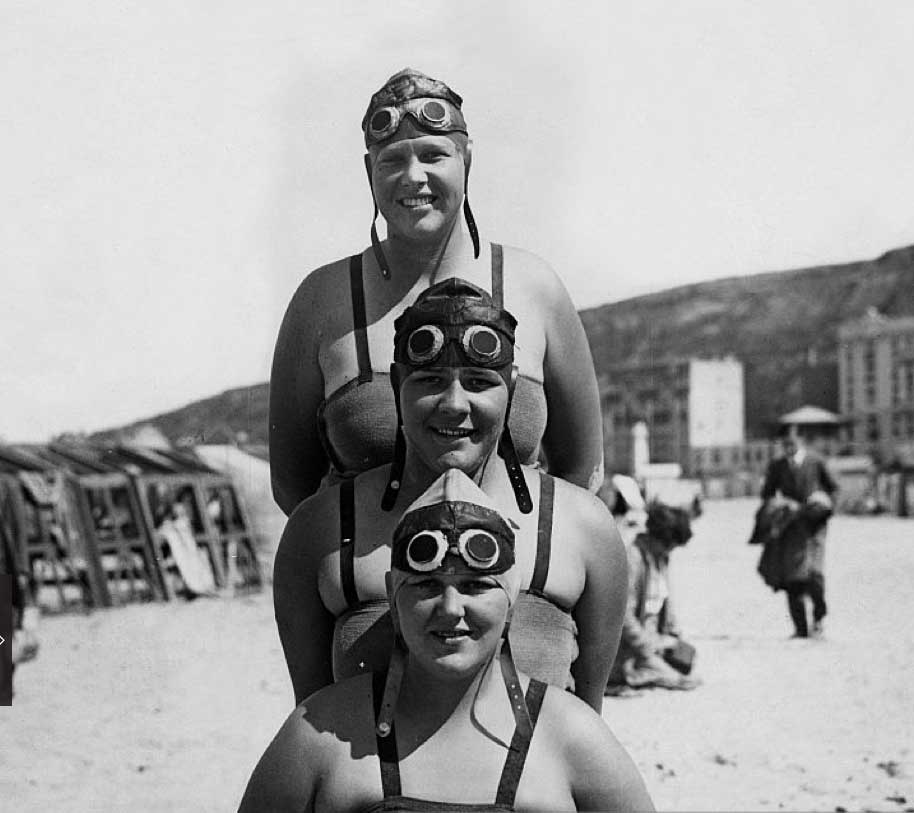 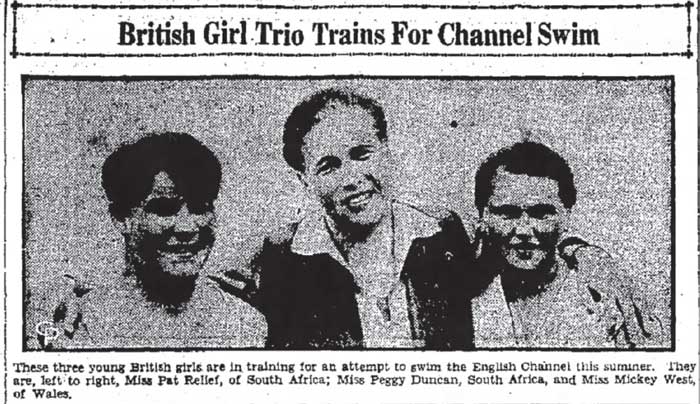 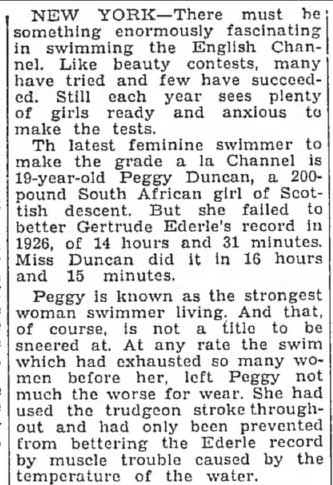 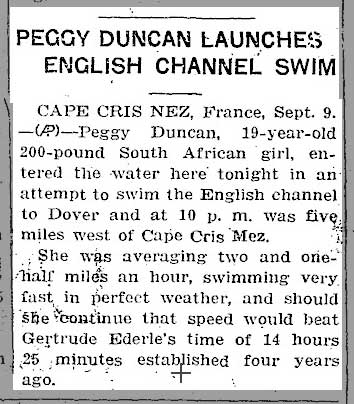 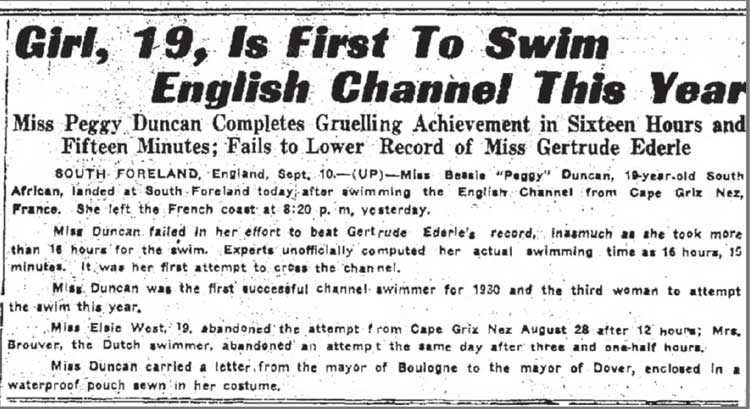 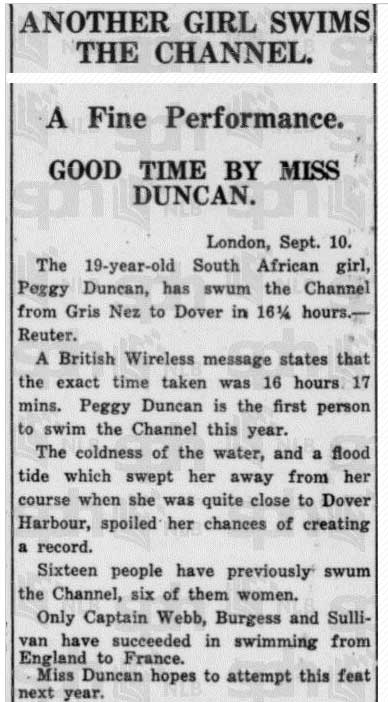 For American readers, the swim was significant in that Peggy Duncan failed to better the record set by Gertrude Ederle in 1926. 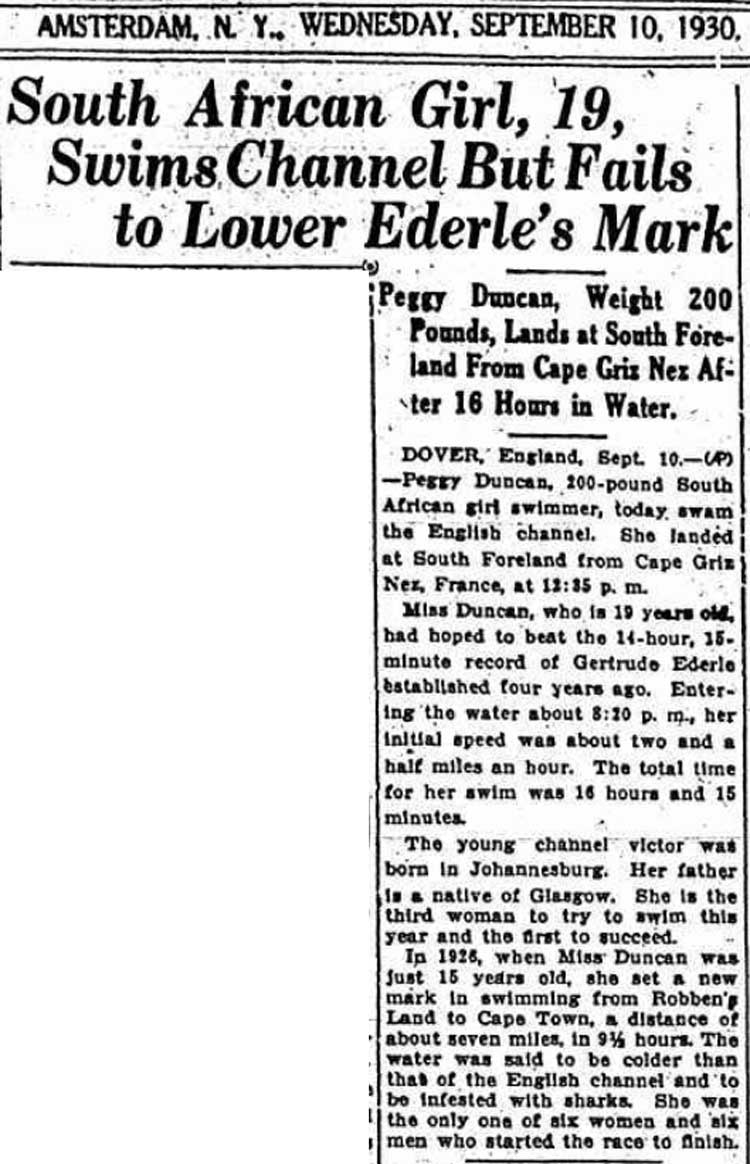 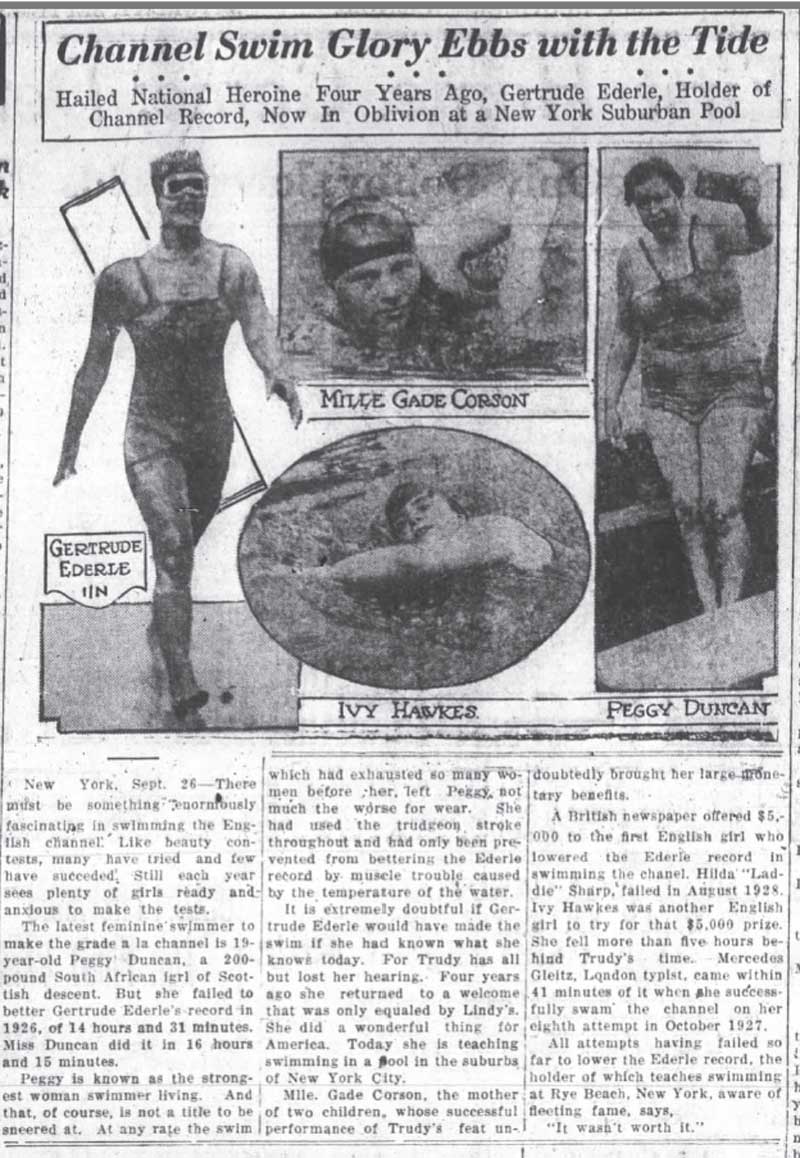 Apparently, Peggy was accompanied by a male tenor on the pilot boat, who sang to her while she paddled away - much to the disgust of the Channel swimming association, who also tried to prevent her from carrying a letter from the mayor of Boulogne to the mayor of Dover - in a rubber pouch!

In 1931 Peggy had another go at the crossing, swimming from Dover to Cap de Gris. In the end, it seems she tried from France again but failed on the 25 July due to bad weather. The next successful crossing was only in 1933. 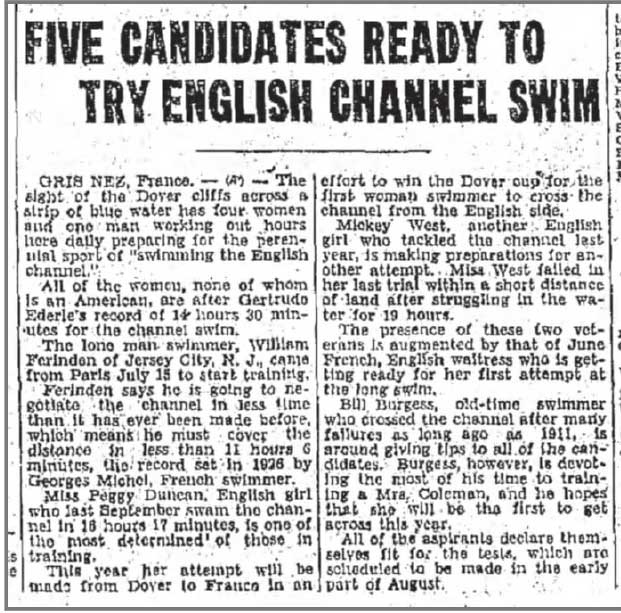 Hopes To Swim From England To France Next /

LONDON, Wednesday.— Miss Peggy Duncan, the 19-year-old South African girl who swam the English Channel,' climbed out of the sea at Dover looking as fresh as if she had been In for a few minutes' dip.  She made a remarkable spurt over the last 100 yards as if competing in a race, and climbed out on the South Foreland rocks un-assisted and unexhausted. Then she sat laughing and talking with her trainer Jabez Wolf. 'Well. Jabez, dear, are you satisfied with me now?' she remarked,  Wolf replied:' 'Well, knew that you would do it, girlie,' and. kissed her repeatedly. Miss Duncan carried a letter in a rubber wallet from the Mayor of Boulogne to the Mayor of Dover.

AFTER FRESH LAURELS  Smoking a cigarette, Miss Duncan acknowledged the plaudits of a large crowd. She said that she did not want to re-swim to France immediately, but would be 'OK after a bath'. Her swim was uneventful except that a jellyfish stung her face. However, the effects soon passed off. She had cocoa, coffee, and beef tea at intervals on the journey. Miss Duncan hopes to attempt a swim from England to France next year, a feat which has not yet been performed by a woman. 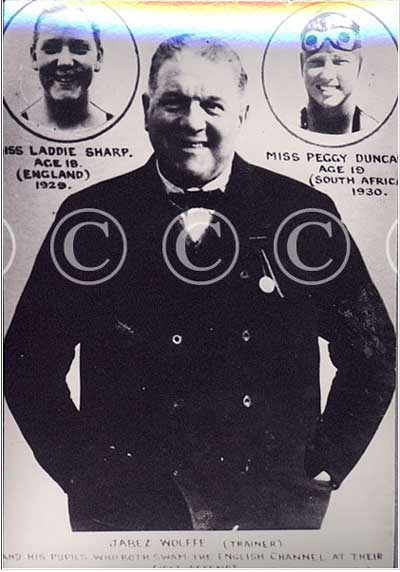