Line Pretorius was a prolific diving champion from Rhodesia, winning 6 titles at the South African Championships.

Her daughter Jane Woodard won a scholarship to the University of Tennessee with former Rhodesian diver and US Olympic coach Dave Parrington represented South Africa in diving at the Commonwealth Games, and still (2019) hold the SA record for highest points scored at a FINA World Cup event. 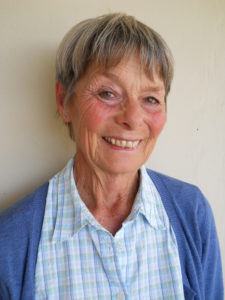 QUIETLY DISTINGUISHED: Bathurst resident Lina Woodard won the Southern African diving championships for five successive years in her day and has since helped coach divers to greater heights during their careers.

FROM modest beginnings as a young girl growing up in the former Rhodesia, to winning the Southern African diving championships for five consecutive years is the remarkable achievement of Lina Woodard.

Raised and educated in Harare, Woodard was sports mad from a young age. She took part successfully in all the sports she could, but her main love was being in a pool and jumping off diving boards. It immediately became apparent that this young girl had a natural talent for diving and that she was a future star in the making.

She was soon selected to represent her school, Mashonoland and Rhodesia from U13 on.

In those years Rhodesia was considered to be a province in most South African sports and competed in Currie Cup competitions in the country. It came as no surprise when Woodard was selected to represent Rhodesia when only 15 to compete in the SA inter-provincial championships. She was in the team that won the coveted Ellis Brown Trophy and went on to do so for many years.

On leaving school, Woodard continued to pursue her love for sport when she registered to become a physical education teacher at the Teachers’ College in Bulawayo. It was while she was there that she first won the South African Open Championships and achieved this for five consecutive years.

Despite her natural talent, she had to work hard to achieve this and trained for up to 2.5 hours daily. She was also fortunate in having a top class coach in the well-known Ron Ward. She hastened to add: “He was way ahead of his time and a pioneer for diving in South Africa.”

Another highlight, though also disappointing, was when Woodard was included in the Rhodesian swimming team that went to the Olympic Games in Munich in 1972. Unfortunately for the athletes, UDI had been declared and the team had absolutely no standing at the games and were not allowed to compete. They were, however, awarded full colours and attended as spectators.

“This was still a wonderful experience and it was the first time I had been exposed to the best divers and sportsmen and women in the world,” Woodard said.

Meanwhile, Woodard had married in 1970 and had a son and a daughter. She retired from active diving in 1973, but her love for the sport was still there as she turned her attentions to coaching. Though no longer as active as she was, she still coaches “when required.”

During her career, she was in charge of South African diving both as a coach and administrator for five years. She was also fortunate to be appointed to represent Africa at the International Governing Body of Diving for four years. This opened the door to the world for Woodard as she attended events in the United Kingdom, Europe, the United States, Mexico, Australia, Malaysia,  Egypt and China.

“These included the junior and senior world championships, the Commonwealth Games and the Olympic Games in Beijing in 2008. “This period was the absolute highlight of my life,” she said.

During a busy schedule, Woodard also found time to do as much development coaching as she could and also introduced novice diving to assist her pupils develop through the ranks. She has enjoyed considerable success with her coaching over the years.

Among these was her daughter, Jane, who competed in the Commonwealth Games and the world junior championships. She also won a four-year diving scholarship at the University of Tennessee in America. Now Jane Holderness, she has retired from diving and is a physiotherapist in Grahamstown.

Woodard retired in 2014 and moved from Johannesburg to settle in Bathurst. A grandmother of five girls, she now enjoys gardening and playing bowls.

Jane Woodard at the University of Tennessee

KNOXVILLE -- The No. 18 University of Tennessee Lady Vol swimming and diving teams wrapped up the first day of competition at separate invitational meets on Friday. Junior diver Jane Woodard led the way at the Georgia Invitational in Athens, Ga., finishing third on the one-meter springboard. The swimmers are currently in third place at the Indiana University Invitational in Bloomington, Ind, collecting 217.50 points on the first day.

Woodard, competing in just her second event this season, recorded a score of 397.70 in the finals of the one-meter at the Gabrielsen Natatorium. She was one of five Lady Vol divers to advance to the finals on the board.