David Neale Parrington was born on July 28, 1955 in Wallasey, Merseyside, Great Britain. He grew up in Salisbury, Rhodesia, where he attended Mount Pleasant High school.

Dave participated in swimming, water polo and diving, in which he excelled. He represented Rhodesia and later Zimbabwe, competing in the 1980 Olympic Games in Moscow. 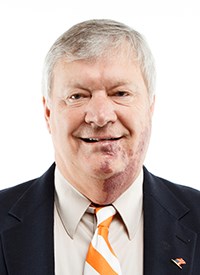 Tennessee diving coach Dave Parrington, a successful athlete on both the collegiate and international levels, has translated that athletic excellence into a high degree of proficiency in the coaching ranks. Parrington has received countless honors on every level the diving community and is in his 29th season at UT in the 2018-19 school year.

His wealth of experience and teaching ability was displayed in the successes of his athletes with divers excelling at the conference and national levels year in, year out.

Parrington and the UT divers have built an impressive stretch over recent years.

The 2011-12 season was among Tennessee's best overall seasons in the diving well as the men swept all three diving events at the SEC Championships for the first time in program history. Ryan Helms won the 1-meter and 3-meter titles and freshman Mauricio Robles took the platform. Tori Lamp led the women all year and won her first SEC title in her signature event, the platform. Helms and Lamp were both voted the SEC Diver of the Year for the men and women.

In 2012-13, Parrington was named the CSCAA National Women's Diving Coach of the Year and SEC Women's Diving Coach of the Year after leading the Lady Vols to championship-level heights at the SEC and NCAA championships. Lamp was named the National Diver of the Year after making the finals of all three diving events, placing second on the platform for the second time, and senior Jodie McGroarty made the finals in both springboard competitions to help Tennessee finish third in the team standings for the first time in program history.

Parrington earned SEC Men's Diving Coach of the Year honors in 2015. At the SEC meet, Robles won the 1-meter springboard title with a Tennessee record of 421.15. Liam Stone, who joined the team in January, set the meet record to win in the 3-meter title in 463.50 with Robles taking third.

In 2016, Tennessee celebrated its first NCAA men's diving champion since 2004 when Stone captured the 1-meter NCAA title (453.70 - school record). Robles ended his career as the 2016 SEC Diver of the Year, defending his 1-meter conference title and winning platform for the first time since 2012. Freshman Rachel Rubadue won the women's platform title and was the SEC Freshman Diver of the Year. Stone earned SEC Diver of the Year honors, setting a new SEC record on the 1-meter springboard at home (468.30) and taking fourth at NCAAs on both springboards.

Parrington earned SEC Diving Coach of the Year honors for a 14th time in 2017-18. Redshirt junior Zhipeng (Colin) Zeng became the first Tennessee men's diver to win an NCAA title on platform while also placing second on 3-meter and fourth on 1-meter. He was voted the CSCAA National Diver of the Year. Stone wrapped up his career as a team captain.

UT DIVERS ON THE INTERNATIONAL STAGE: Tennessee divers during the Parrington era have competed at the Olympics, World Championships, World University Games, World Diving Cup, Pan American Games, the Commonwealth Games and the African Games a combined 25 times. During the 1999 and 2000 SEC championships meets, Parrington coached Gabi Chereches to an SEC Commissioners Trophy, awarded to the swimmer or diver with the highest point total at the meet.

Parrington coached Zimbabwe's Olympic team in the 1996 Atlanta Olympics as well as the 2000 Sydney Olympics. Other Olympic service includes two stints (1998, 2008) as a judge at the U.S. Olympic diving trials and a selector for the USA Olympic team selection camp hosted at the Allan Jones Intercollegiate Aquatic Center. He also served the United States' diving team as a coach for the 1997 World Cup qualifying and championships rounds and was rewarded with the USA Diving Coaches Award of Excellence. Parrington was named the head coach of Team USA at the 2014 Fina World Series in London, England, UK.

Lamp competed internationally, winning the platform competition at the 2013 U.S. World Championships Qualifying and later placing 10th in her signature event at the FINA World Diving Championships in Barcelona, Spain. She was on the USA Diving's Olympic development squad and represented Team USA in the FINA Diving World Series in 2014.

PRIOR TO TENNESSEE & FAMILY: Before he arrived in Knoxville, Parrington spent seven years as the head diving coach at his alma mater the University of Houston.

As a student-athlete, Parrington competed in the 1980 Moscow Olympics, representing Zimbabwe in both the three-meter and platform events. Parrington also played for Zimbabwe's national diving and water polo teams.

In the summer of 2009, Parrington married former UT swimming and diving massage therapist Marie Wilson. She has been a part of the program for nine years and is a Knoxville, Tenn., native. She has three children Jeff, Brent and Derek and five grandchildren Emily, Zachary, Camille, Blake, Maggie and DJ. 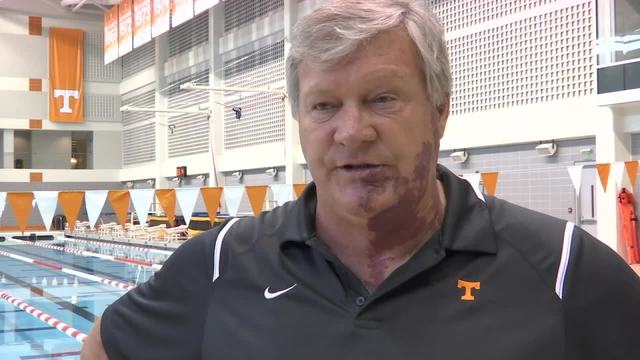 KNOXVILLE (WATE) - Some Olympic events are more popular than others, while some are just odd. One of those is the plunge for distance. Athletes don't complete in it at the games anymore, but UT's head diving coach says his grandfather holds the world record.

Plunge for distance was an Olympic event in only one summer: 1904.

"The competitor simply dives in off the side of the pool, and then floats and glides in a streamline body position as far as they can in one minute," said UT head diving coach David Parrington.

It's all done while holding your breath. Parrington says his grandfather holds the world record. It was achieved in 1933 at 86 feet and eight inches, farther than the distance of UT's pool. Some of UT's swimmers decided to try it out, but only went about half the distance. 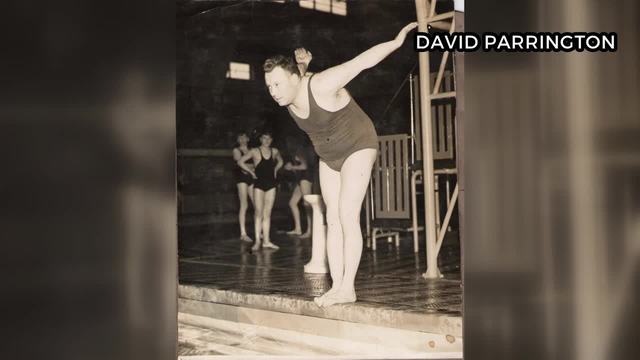