Nicole finished matric at Brescia House in Johannesburg in 29013. She was a member of the Rippers Diving Club, coached by Dominique Philippopoulos.

Nicole Gillis and Michelle Mostert are the recipients of the coveted honours blazers. They are both excellent ambassadors having proudly represented their school in a variety of sports during their sporting careers and Brescia House School. They are passionate, highly motivated and extremely talented sportswomen.

Recently Nicole and Michelle represented both Brescia House School and South Africa at the Junior World Diving Championships in Adelaide, Australia where they achieved outstanding results. Nicole came 28th and Michelle 30th in the 1m board competition. Nicole and her synchronised diving partner came 10th in the Synchronised Diving Competition. They beat Japan and Italy among other strong countries and were only two places behind the USA.

COLUMBIA, Mo. – Arkansas sophomore diver Nicole Gillis has advanced to the 1-meter diving finals on the opening day of competition at the 2016 Southeastern Conference Championships in Columbia, Missouri at the Mizzou Aquatic Center.

After scoring 28.80 points in the first round of the 1-meter diving preliminaries, Gillis put together a major comeback. Behind five strong dives, she climbed up the leaderboard from 38th to sixth where she finished with a score of 283.50.

“Nicole had an exceptional day, putting into place what we’ve been working on – the never-give-up attitude,” Arkansas diving coach Jeff DiNicola said. “It was an exciting thing to watch and be a part of. That never-give-up spirit and next-level effort is what made her able to come back and be competitive in the next five rounds.”

The finals are scheduled for 5:30 p.m. tonight. The Razorbacks will also compete in the 200 medley and 800 freestyle relays, beginning at 6:15 p.m. 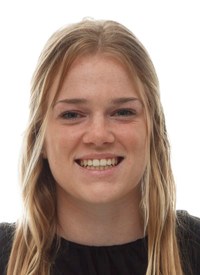 After finishing her accomplished diving career at the University of Arkansas, Nicole Gillis is entering her first year as a graduate assistant coach at Tennessee.

A native of Johannesburg, South Africa, Gillis comes to Rocky Top after diving four years at Arkansas. She qualified for the NCAA final site championships three times, placing 19th on platform as a senior. She also wrapped up her final season with her first trip to the SEC awards podium, earning bronze on 1-meter springboard (323.85).

She was also a two-time CSCAA Scholar All-America honoree and a member of the SEC Academic Honor Roll.

Gillis earned her undergraduate degree in kinesiology with a minor in psychology at Arkansas.

Prior to starting her collegiate diving career, Gillis earned first-hand coaching experience as an high school assistant diving coach in 2014 for the Brescia House School in South Africa.