Standard triathlons in South Africa officially date from 1984 when the South African Triathlon Federation was established. The story goes that Norrie Williamson together with Mike Hogg, Dave McCarney and Philip Kuhn competed in the UK for the ultra triathlon relay event (Enduroman), with Bruce Fordyce and Tim Noakes as their support team, winning the event, on the Champs-Élysées in Paris. The win received wide coverage in the local newspapers prompting the group to form the South African Triathlon Federation on their arrival.

Back in the 1980's  there were various events billed as Ironman and even Ultraman. The Ultraman started in Hawaii - 10 K open ocean swim, a 421 K cross-country bike ride, and a 84 K double-marathon run. South Africa had an Ultraman event, and the Natal Seals Ironman - that combines the results of competitors in the Midmar Mile swim, Duzi canoe marathon and Comrades ultra-marathon.

Besides the "standard" triathlons, there also some races known as off-road endurance competitions. Conrad Stoltz from Stellenbosch is a seven times world champion of the Xterra and the ITU Cross Triathlon World Champion. Then there are the really extreme events - like the ÖTILLÖ Swimrun World Champion.

Triathlons are big business today. Races are held round the South Africa as well as in Zimbabwe and Namibia. Race events usually run over  a weekend include races over various distances. The sunshine and beaches draw international competitors who often travel to South Africa for triathlons. To entice the whole family to participate, race days often include kids, sprint, half or standard and ironman variations. Cross Tri, where mountain bikes and off-road courses, are used are also popular.

For the non-swimming competitors there is an event known as the duathlon - running and cycling only. These pages merely serve to indicate the relevance of multisports events in the general history of swimming in southern Africa.

The African Triathlon Union was founded in 1993 in Gordon’s Bay near Cape Town. The first African Olympic distance Triathlon Championships took place on 20 March 1993 in Gordon’s Bay. Three hundred athletes from Namibia, Zimbabwe and South Africa competed in the event. Nineteen year old Conrad Stoltz (1:48:19) and Hannele Steyn (2:03:34) from South Africa were the winners of the Elite race.

Initially the African Championships took place every second year – the second event went to Trout beck Inn in Nyanja, Zimbabwe and the third to Mauritius. When the Sydney Olympic qualifying criteria came out, the status of the African Championships increased as the continental qualifying spot was awarded to the winner of the last event before the Olympic Games, while the annual championship events awarded ITU world-ranking points.

NOTE: The complete history of triathlons in South Africa is not  freely available online in 2020.

More of the South African triathlon story by Norrie Williamson 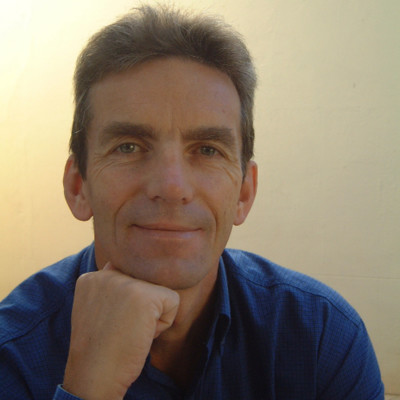 First Durban ultra was 1983 with a 5k swim and currents that for Weaker swimmers made it 6k!!!

Earlier in the year, I had also returned for the second Leppin IRONMAN a 20k paddle around Hartbeespoort Dam (in some cases including mine it was multiple swim and paddle) 100k cycle and 42k monster run from Pretoria to Johannesburg.

A few weeks prior to the June race Til and Leppin brought Tim Noakes and Bruce Fordyce onto the team as support, management, and inspiration

The next morning Mike Hogg and Dave McCarney anchored and ensured our win in the channel swim (despite my attempts to take a shot right to Madagascar!!!)

That night at a Pizza place sitting out having a meal the English team came past and said “I suppose you can cycle too?!”

The Battle of Britain was won right there

From the start of the race, Fordyce coined the phrase “and they are in all sorts of trouble “ which was shouted out the support van with lots of slapping on the van sides whenever we passed a competitor - the noise as a ‘rogue’ South African team won the Italy London to Paris triathlon was unbelievable and the following day all four of us were front page on every Sa newspaper

A quick history to the start of the sport. Which was initially run by FIT internationally.

The seeds were sown in 1983 and 84 and today Durban can be proud of OLYMPIC bronze medalist Henri Schoeman.

Swakopmund is a seaside holiday villiage on the coast of Nambia. In the 1970's an optmistic town council built a 50m Olympic swimming pool with a retractable roof. It was once used for an international event between South Africa and swimmers from Germany, Canada and the USA in 1982. Unfortunately the misguided optimism was not realistic, and the pool has subsequently been demolished.

In 2020 Swakopmund has grown into a small town with almost 45,000 inhabitants, which, located directly on the Atlantic Ocean, borders the Namib Desert in the north and east. The weather in Swakopmund is mainly characterized by the cold Benguela current. The water temperature is 14.5 degrees on average, so the organizer of the Sandman Triathlons also recommends: "Participants are advised to make use of a wetsuit as sea temperatures are cold." 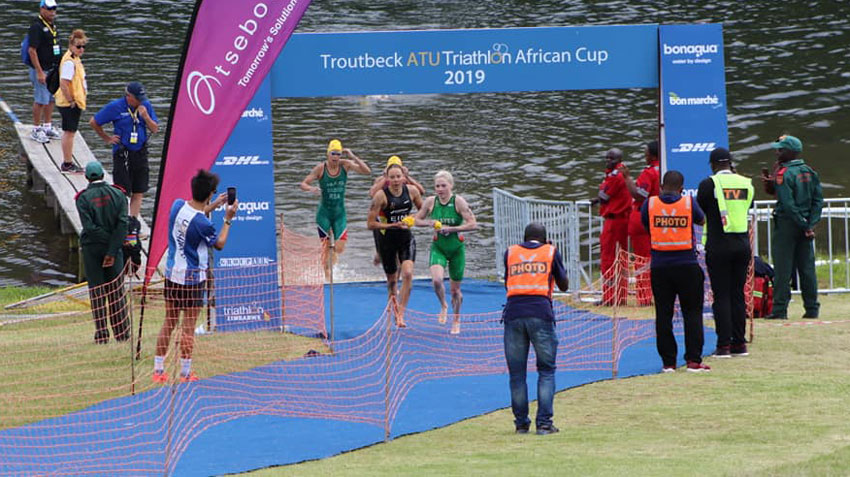 Standard or "Olympic" triathlons are a common throughout the country - and neighbouring Zimbabwe, and Namibia. The races are usually comercial events, aimed at whole family participation, and often held at scenic venues for the open water swimming.

Cross triathlon are distinguished from conventional triathlons in that the terrain for the cycling and running stages are generally unpaved, rough, and hilly.The discipline first emerged in 1996 at a race in Hawaii, before evolving into the XTERRA series.