Mashonaland consists largely of the northeastern part of Rhodesia's's Middle Veld, a wide plateau lying at an elevation of between 3,000 and 4,000 feet (900 and 1,200 m) that slopes down northward to the Zambezi River valley. Salisbury had an average daily high temperature of only 26 degrees centigrade.

The Mashonaland Amateur Swimming Associating was established at Salisbury in 1915. The Salisbury Boys High school - later became known as Prince Edward School - affiliated in 1916, and staged the Rhodesian Boys 100 yard championship at the school, until 1937.

There were many municipal and school swimming pools in the province - some of which still exists in 2019, but many are now dead pools. See the map for the location of some dead swimming pools, shown with black dots. 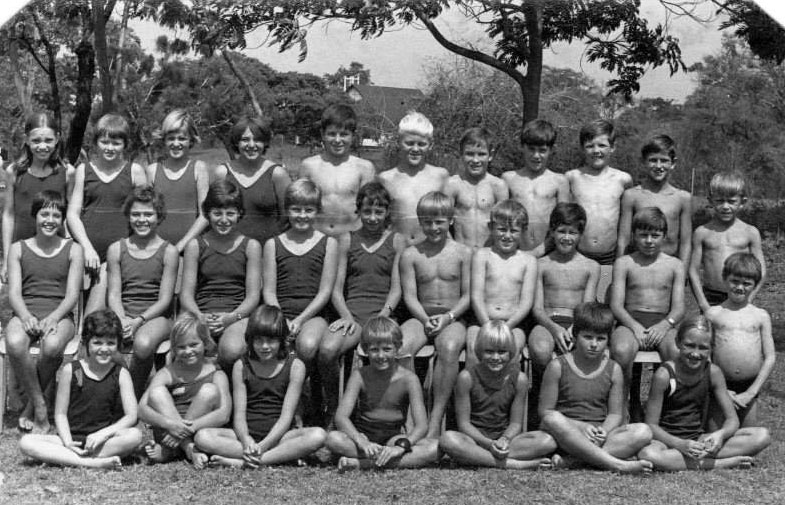 The small mining town of Bindura had a swimming pool, as this 1981 photograph from former resident Madeleine Osborne shows. There was a town pool, but it seems to be defunct.

The former town swimming pool at Gatooma, now known as Kadoma - has not survived. The local schools Jameson High and Sir John Kennedy Primary both had swimming pools. 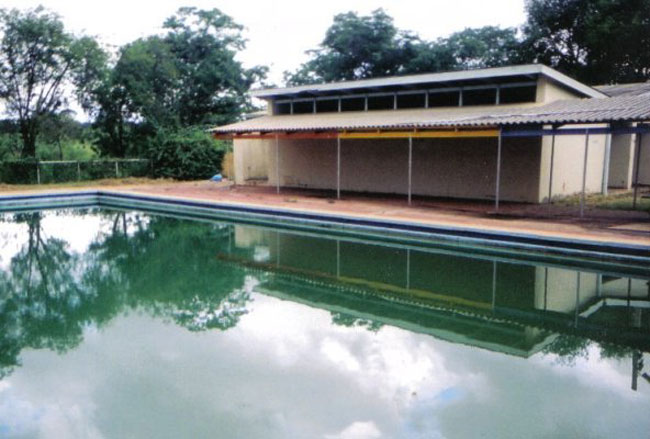 The town of Hartley was known for its gold mines and the Fylde Air Force Base. Today known as Chegutu, the town once boasted municipal pool, and the primary school also had their own facility.

In 1983 Bryden Country School opened outside the town.

The town of Kariba Heights, developed to accomodate the dam builders during the 1950's, boasted a nice swimming pool occasionally used for used for international aquatic sports events.

On the main road north to Zambia lies the small town of Karoi - meaning "little witch." In 1945 Karoi became the designated area for mainly European war veterans who obtained government assistance to embark on farming. They engaged mainly in tobacco farming.

The local school used to have a pool, but it seems defunct in 2019.

Outside the town is the Rydings School private school, founded in 1983, with a 7 lane swimming pool. Despite being invaded by squatters and "stolen" and their funds stolen by a government minister in 2011, the school survives in 2019

The town once hosted swimmers and divers but not much remains today. Willie Wilson was a Rhodesian swimmer known as the "Mangula Flier". 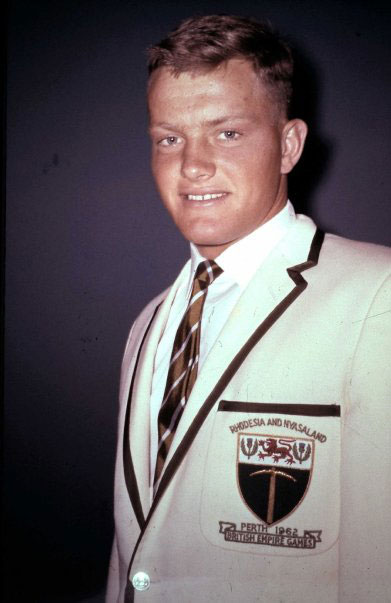 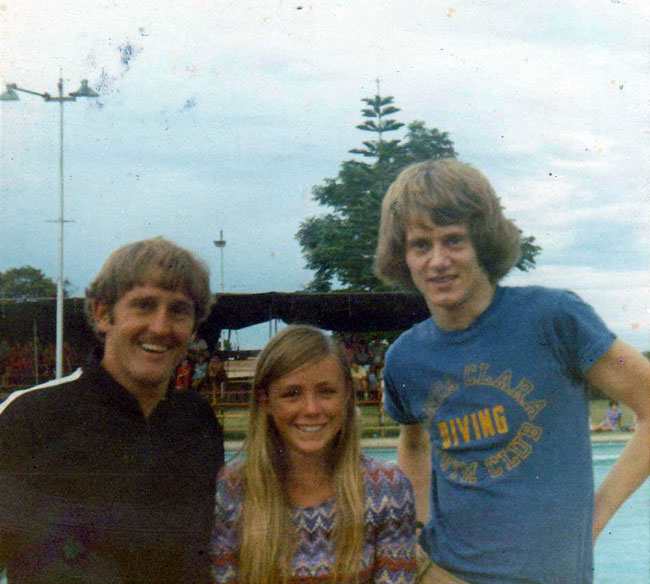 1973. Lasse Dehle and Roar Loken came to Rhodesia from Norway on 3 January 1973 for a 3 week tour. They were immediately taken with a team of Rhodesian divers to the mining town of Mangula where the divers held a diving clinic under Ron Ward. I seem to think that Rob Stewart and Anthea Allin [Springbok Hockey wizkid and later Olympic Womens Field Hockey Olympic Gold Medallist] had just started dating. The clinic was a 'fund raiser' and hundreds and hundreds of Mangula miners and their families watched the show. We were wined and dined and feted in the evening. During the show we dived into 9 feet of water with Terry and Rob doing front 2 and a halves and double twisters and back twisters. All this from wooden boards. We were great showmen.

The picture shows me and a very young Leslie Smith with Lasse Dehle on 5 Jan 1973 at Mangula Mine pool.

The Salvation Army built the school in 1959.

160 km's north east of Salisbaurty lay the farming community town of Mount Darwin. It is the probable site of some of the earliest European missionary work in southern Africa, by the Portuguese Jesuit Gonçalo da Silveira, who arrived in 1560. The town swimming pool was a popular attraction, before it's current 2019 condition. 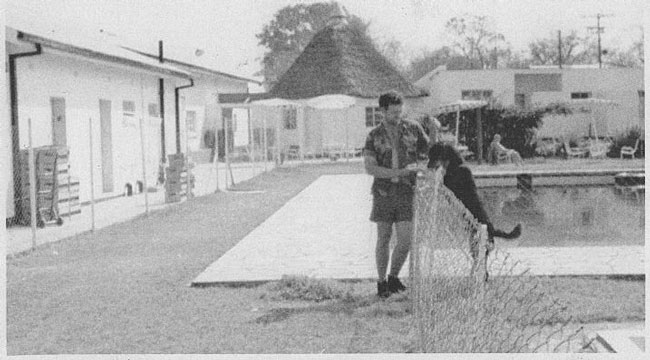