In 1907 the South African Amateur Swimming Union held its annual national championships in the British colony of Natal for the first time.

Natal - known as the "Garden Colony" - has a long history of swimming excellence in South Africa, in part due to the warm climate which allows year-round training.  As in the other South African provinces, school sports played an importan role in development of sports in the provinces.

The Lunerberg School - founded in 1870 - thrives today and has an active swimming team, while the spectacular aquatic centre at Westville High is the home of coach Graham Hill and swimmers like Chad le Clos. Other coaches like Rachael Finlayson, Alex Bulley, Frank Gray, Doreen Hill and Alastair Hatfield have produced a steady of national champions over the years. While Durban's Kings Park pool is the main aquatic centre in the province, hosting nationals at the King's Park indoor facility, other Natal towns like Pietermaritzburg, Escort and Newcastle and Vryheid have also produced Springboks in the past. 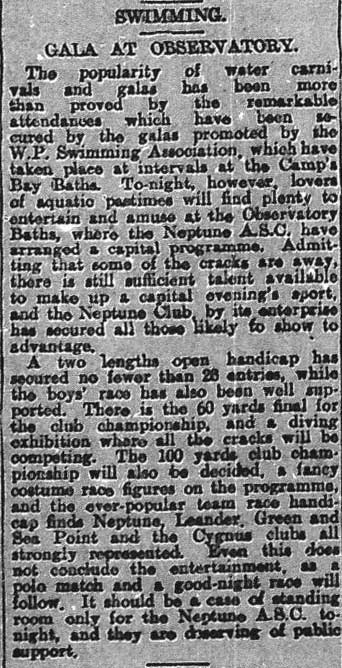 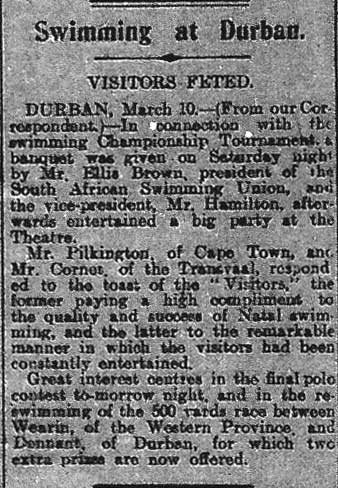