Clara Aurik was the 1977 South African Coach of the Year, with Springboks Karen van Helden, Jane Weir, Altta Vos, Allan Furniss, Carl Loubscher, Olympic medalist Marianne Kriel and many others to her credit.

The former Dutch water polo player and swimmer, and Cape Town Masters Swimmer, was an institution in the Western province swimming scene. The year before being voted Coach of the Year, SAASU saw fit to ban her from the pool during nationals - so she sneaked in wearing a disguise! 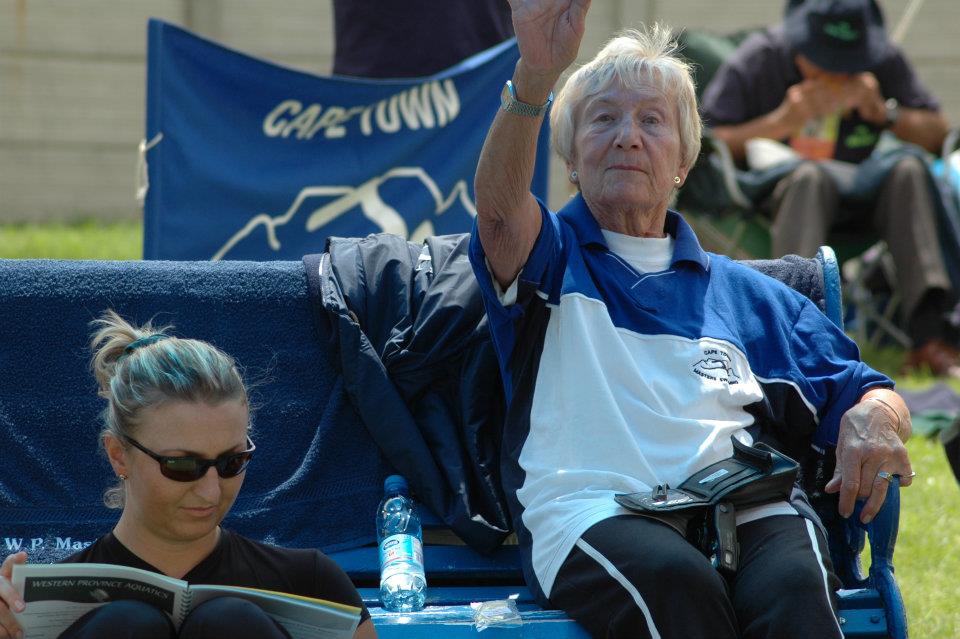 CLARA THERESIA AURIK – Clara came to SA from Holland in 1953 and first coached for Gordon’s swim club. She won the Coach of the Year award twice – 1987 and 1996 – and trained Marianne Kriel (front) who won a bronze medal in the 100 Backstroke at the Atlanta Olympics.

Clara has been a South African masters swimmer since its 1974 inception, during which time she has won numerous medals and broken more than a few SA records (and hearts!). She had previously held many Dutch records and has featured in the World Top 10 ranking. 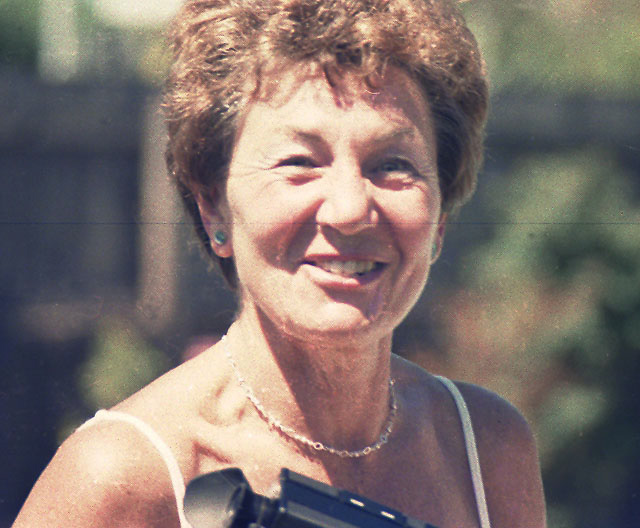 My suggestion that Clara Aurik be our next coach in “Meet the coach” was met with great enthusiasm. “Clara is a legend!” it was heard to be said. Clearly she is a well-known and beloved member of the swimming fraternity. It was my privilege to interview this swimming and coaching legend at her home in Rondebosch.

Clara, where did you learn to swim?

I was 2 years old when my parents moved from Holland to Indonesia. Because of the heat, the best place to be was in water and my younger sister and I learned to swim from an early age.

Did you receive formal swim training?

Yes, in 1939 I was sent to Holland for further schooling. I joined the Amsterdamse Dames Zwemclub and started training with an Olympic coach. She would point out the correct style and technique of the other swimmers, as well as their mistakes. Although I was still young and a competitive swimmer myself, I became interested in coaching. In 1941, at the age of 15, Clara became the junior swim champion in Holland. This was during the Second World War and Clara lost contact with her parents. The German soldiers took all their possessions, even the medals they had won. These were melted down for ammunition. Instead of medals, the swimmers received wood-carved plaques as recognition. Clara showed me one of these neatly carved wooden plaques that she had received for a first place. In 1948 Clara was reunited with her family in Indonesia. She was back in the water and became the Indonesian swim champion.

When did you come to South Africa?

I came to South Africa in 1953 and started swimming and coaching at the Long Street swimming pool.

What was the level of coaching like at that time?

Coaching was not very good and the pool was very crowded. Co-operation between the coaches was not good.

But Clara persisted and soon her swimmers started to excel. Over the years she trained several great swimmers, many of whom became Springboks. Clara became one of South Africa’s foremost swimming coaches. Her career was not without controversy. In 1976 she defended some of her swimmers who were, undeservedly, excluded from the team. Clara was branded the “Rebel Coach” and barred from attending any swim meets. But this coach was determined to see her star swimmer at the time, Karen van Helden, compete. With a wig as disguise, she was on the stands to see Karen win. “Nobody knew it was me”, Clara told me with a twinkle in the eye. Although Clara had coached many champion swimmers, none of them were allowed to compete internationally, because of South Africa’s political situation at the time. Then, at the age of 70, Clara accompanied Marianne Kriel as her coach, to the 1996 Olympic Games in Atlanta.

What did it feel like when Marianne won a medal at the Olympic Games?

Marianne was not one of the favorites to win a medal in the 100m backstroke, but she swam an excellent race and with a very strong finish, she touched third. I was so happy, I danced! After the medal ceremony, Marianne tossed her flowers to me, but they were caught by a taller member of the audience. “No!” Marianne called out, “those are for my coach!” The flowers have long since died but I kept the ribbon with which they were tied. Besides coaching, Clara kept on swimming and became a master’s champion. She competed and won gold at several world championships. In 2004 she was involved in a serious car accident and was forced to retire from swimming. Clara can still be seen at every masters gala, where she takes charge of the timekeeping. You once mentioned to me that life is too short. If given the chance, what would you have done differently? Nothing, I would be a swim coach. I loved it. 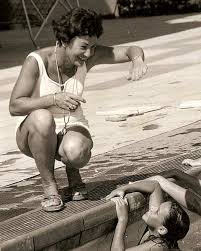 June 2012 - In the CTMSC there was a segment that made provision for honorary membership.

This is not something that should be granted to every second member who does something spectacular or amazing, that happens a lot in a club with so many superstars!

Any club member may propose a likely candidate, with a GOOD motivation, if any, and then the committee will have a vote on this.

This is a vote the members of the committee will have time to think about and investigate before the vote is cast. Note, that this is something SPECIAL, we may not see this again in our lifetimes, it takes someone very special to even be considered for this award.

We have a member amongst us, that truly qualifies for this status. She has been a loyal club member for many years and even after her swimming career ended she still attends every gala she can and even travel to Nationals every year.

When I started Masters I thought she was some-one's mother!!! She organizes officials at all our local galas, she organizes the venue for the WPAGM and CTMSC

AGM at least every one I've been to. She still serves on the WPMasters committee, coaches masters swimmers, involved with LTS programs and generally promotes masters swimming around every corner and opportunity she gets. 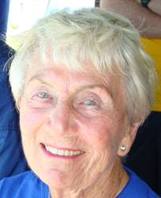 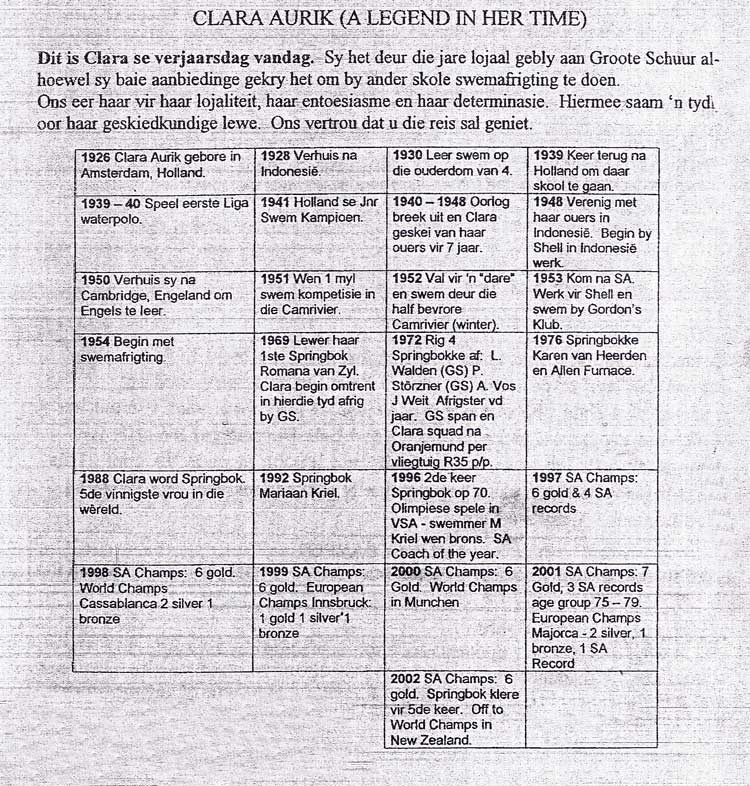 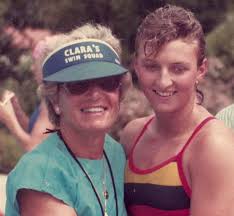 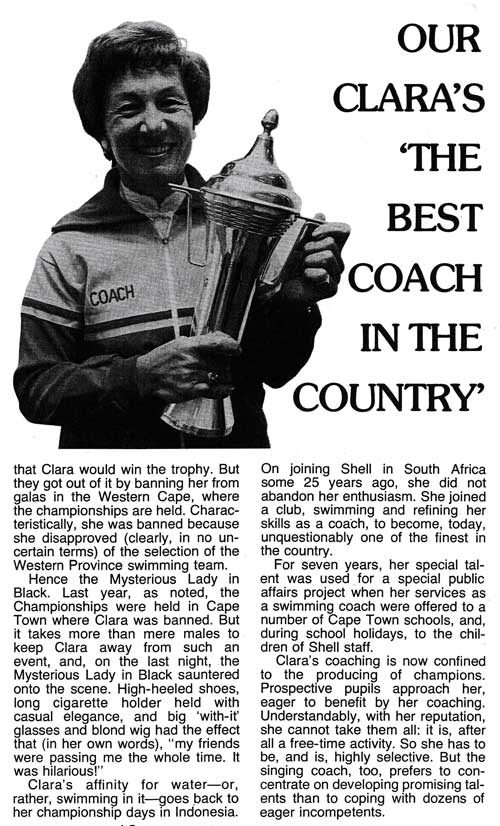 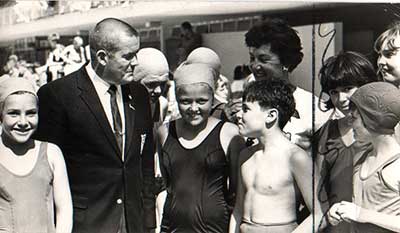 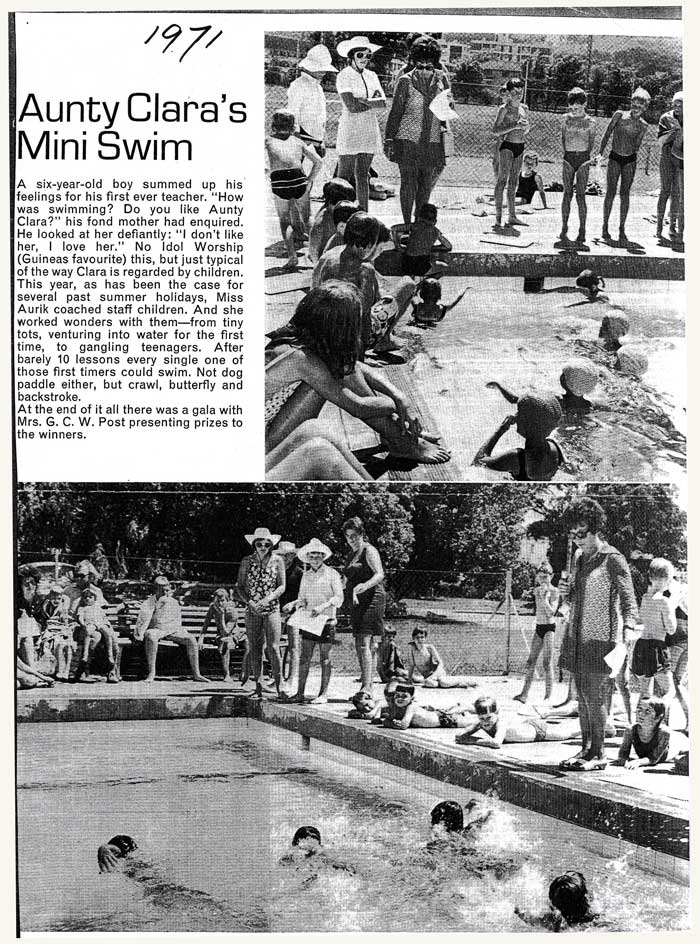 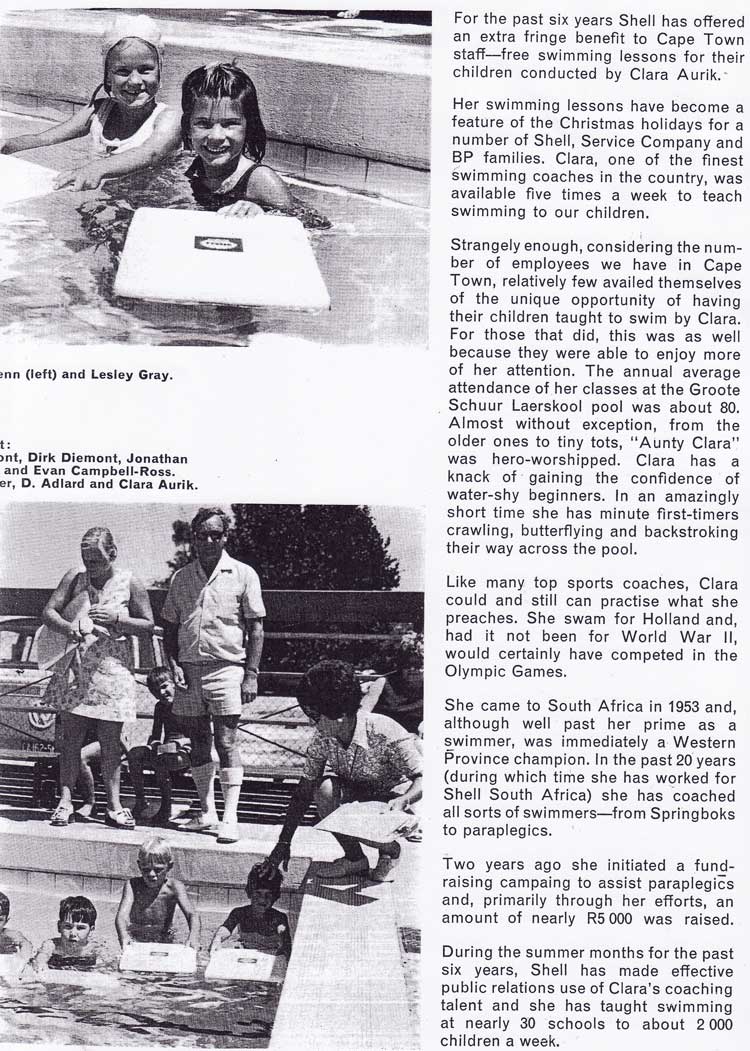 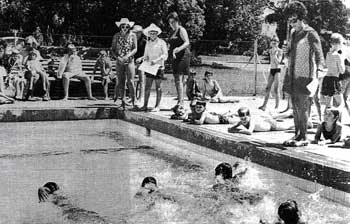 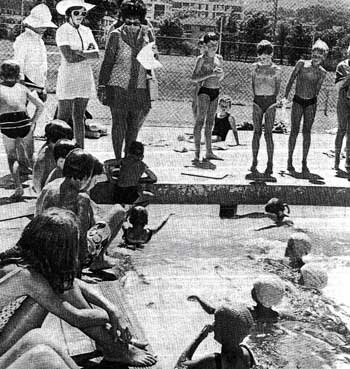 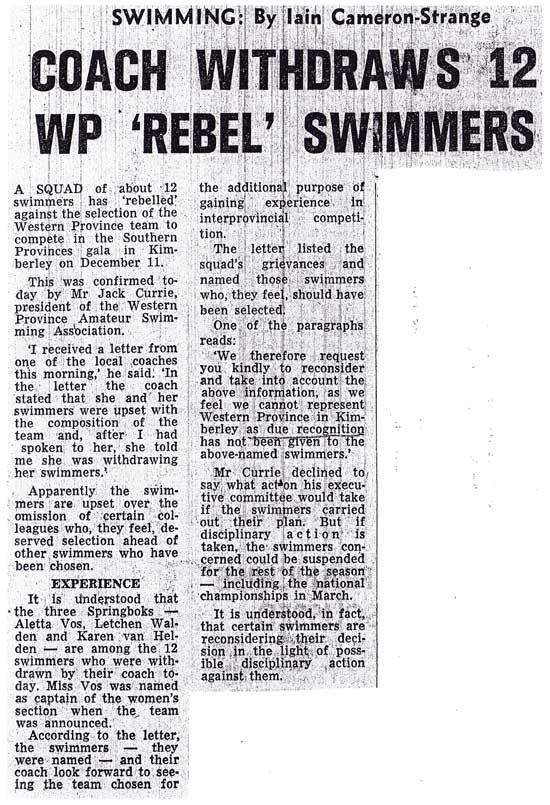 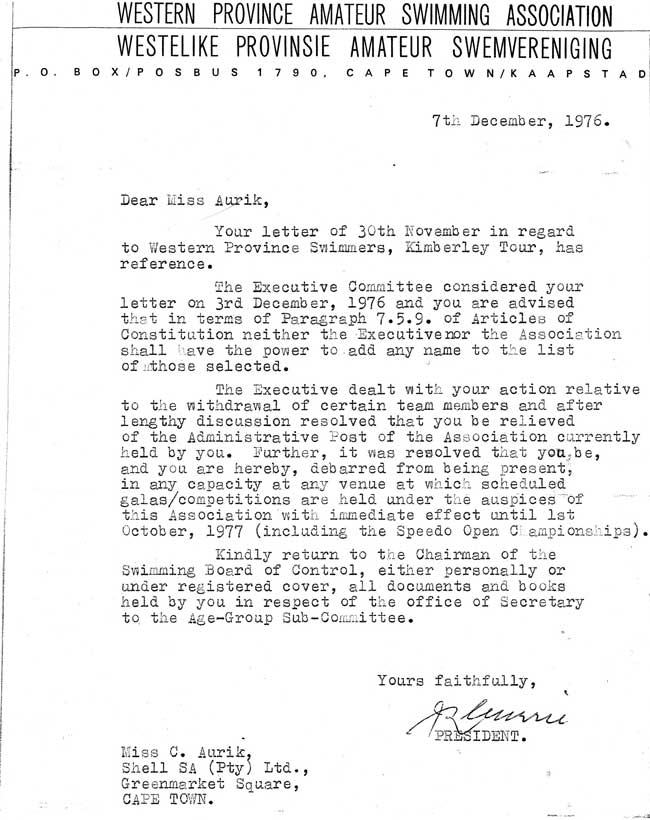 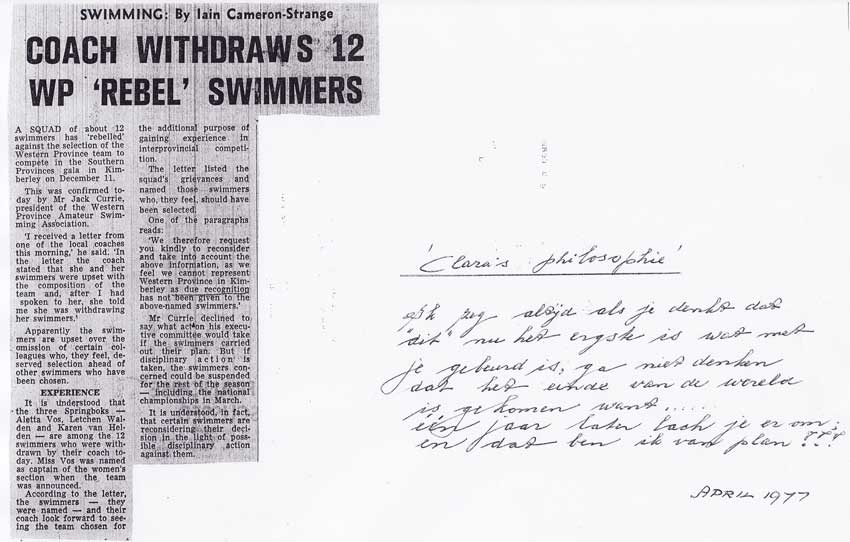 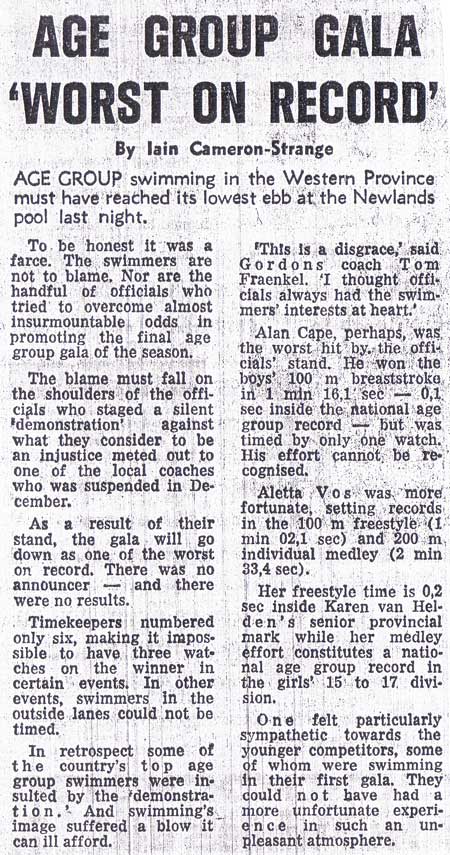 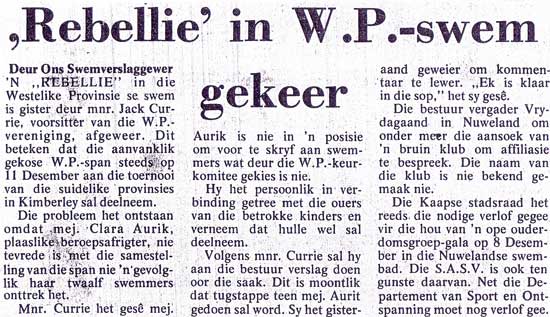 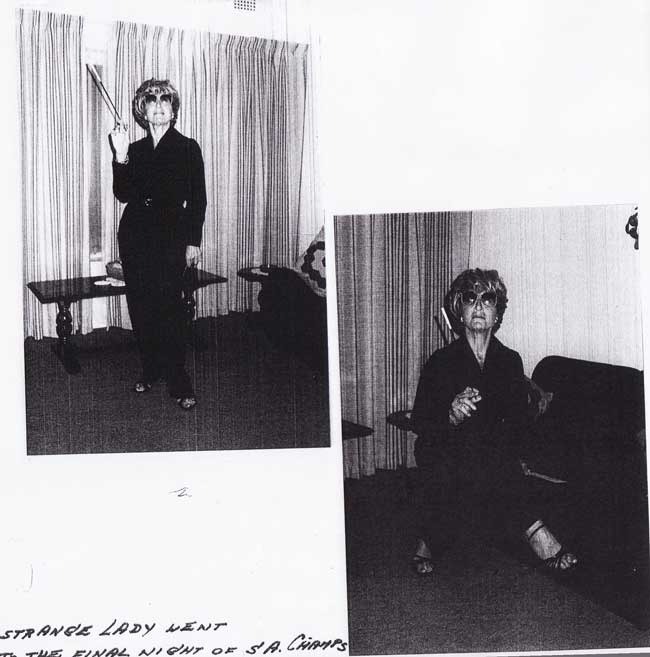