on 24th July 1949 the swimming team from the University of Witwatersrand in Johannesburg swam at the new 33,3m pool in Lourenço Marques. (names unknown)

Competitive aquatic sports existed in the former Portuguese colonies, evidenced by newspaper articles, swimming clubs and many swimming pools. The colonies were treated as part of Portugal, so many went to compete in the mother country. Sporting contact with South Africa was not extensive, although it did exist. (EDITOR: Research of Portuguese and Mozambican newspapers is beyond the scope of this project.)

Swimming facilities were built in many of the towns by the municipalities, companies and private clubs.

Click HERE to see some of the many dead pools visible on the map. Photographs of the swimming Towns of Mozambique and Angola can be found here.

Regina Veloso showed the way to swimming in Mozambique and was part of the generation that for the first time put Mozambican swimming on the map in the then Portuguese environment. She swam for Portugal at the 1960 Olympic Games 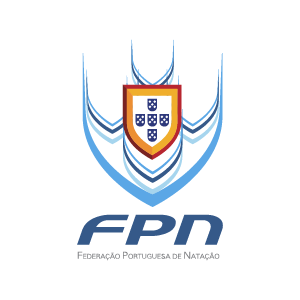 Significantly, the Portuguese Federation website describes Mozambique as benefiting from it's proximity to South Africa - calling it the "Gateway to the World". This suggests at least some level of contact between the counties - although little evidence of this has been located to date.

The first Portuguese national governing body for swimming was created in Lisbon by a small number of clubs in 1907. The national body grew as more localities joined - and in 1953 Lorenzo Marques and Quelimane in Mozambique, and Luanda in Angola, joined the Portuguese Swimming Federation.

Angolan swimmer Antio Alves was the first colonial swimmer to compete in the Portuguese national championships, in 1954 winning both 100m and 200m freestyle titles. In 1958 thirteen swimmers from Mozambique competed in Portugal. More and more good swimmers came from Mozambique, even dominating Portuguese swimming and winning the national provincial title - the Portugal Cup in 1970.

Mozambique swimmers like Dulce Gouveia (Portuguese Athlete of the Year in 1967), Clotilde Bothelo de Melo, Susana Abreu or João Rocha frequently won national titles. Regina Veloso, 1st Olympic woman, in 1960-Rome, hailed from the small town in Chinde on the banks of the Zambesi river. Veloso swam the 200m breaststroke in Rome in 3:13,3, while Joan Rocchi won the 1960 SA Championships in 3:05,3.

These swimmers benefited from having swimming coaches in Mozambique like Emiliano de Sousa,  José Sacadura, Eurico Perdigão , Hermano Patrone, Manuel da Mata,  Alberto Capelo and others. In Angola there were coaches like Jose Manuel Pintassilgo and Orvil Russo.

After their independence from Portugal many Mozambican swimmers like Antonio de Bothelo, Rui Abreu, Maria da Luz and Julia Sobal joined the do Clube Académico de Coimbra in Portugal. rui Abreu was the best swimmer to come from Mozambique. He swam at the 1976 and 1980 Olympic Games. In Moscow in 1980 his time for the 200 freestyle 1:55,25, while Anton van Niekerk won the SA Championship in a 1:58,44 and his 100 backstroke time of  1:00,62 would have beaten Jacques Marais's 1:02,92.

Swimming in the Portuguese colonies.

From 1951 all Portuguese colonies were defined as "overseas provinces" of Portugal. As such the country neighbouring South Africa to the east viewed itself as part of Portugal itself - which had a big impact on the official relationship between the two countries. In 1953 the clubs in Lorenzo Marques and Quelimane, as Luanda in Angola, formed their own local Associations, and joined the Portuguese Swimming Federation.

In the Mozambique capital Lorenzo Marques Sporting Clube de Lourenço-Marques was founded in 1920, today known as Clube de Desportos do Maxaquene. The Grupo Desportivo de Lourenço Marques club was founded on May 31, 1921. Although the club's main focus was football, in 1949 the club hosted a gala to celebrate the opening of  it's swimming pool - where the University of Witwatersrand swimming team participated.

Despite the national differences in politics and culture, many South African and Rhodesian tourists undertook the long journey to spent their holidays on the beaches of Mozambique, and some sporting contact was inevitable. The difference in attitudes on race meant the countries seldom had any official sporting contact.

Across the South African border in the Eastern Transvaal at Komatiepoort, and in faraway Angola, the Portuguese had developed a lively swimming scene. Much reserach needs to be done as little is yet known about their involvement with swimming in South Africa and Rhodesia, although teams from those countries are known to have competed in Mozambique. Rhodesian divers used the Grande Hotel pool for an exhibition in 1967, and in 1966 a team of Mozambican swimmers did compete in a gala in Umtali. The University of Witwatersrand is known to have swum at the Club de Sportiva in Lorenzo Marques in 1949, 1955 and 1959 - and probably on other occasions as well.

South Africans participated in the 2011 All Africa Games  that were held in Maputo, and today swimmers from neighbouring states regularly compete in South African swimming galas.

Henrique Vencêncio swam at the 1976 Olympic Games. His times were considerably slower than the winning times at the 1976 South African Championships in Durban.

1964 University of Witwatersrand tour to Lorenzo Marques for the opening of the swimming pool of the Grupo Desportivo Club.

Manuel da Mata was for some years coach of Schools in the Desportivo Lourenço Marques Group, in present Maputo. Being an employee of Mozambique's large railroad family, it was the natural choice to lead railroad swimming when the club decided to build a swimming pool and compete in swimming. From his hands came great swimmers from Mozambique. After the Independence of Mozambique, Manuel da Mata joined Eurico Perdigão, coach of Desportivo, both of whom continued swimming in Sport Algés and Dafundo, a historic swimming club located on the north bank of the City of Lisbon, in the suburb of Algés, and by whom also passed large generations of Portuguese swimmers.

The swimmers of Mozambique in the pool of the Grand Hotel in Luso, Portugal, on September 7, 1958. Standing on the left: Fernanda Campos, João Godinho, Regina Veloso, Carlos Freitas, Graça Paiva and Humberto Rodrigues. On her knees: Elsa Ferreira and Juca Carvalho.

Next to the Desportivo swimming pool in Lourenço Marques, second half of the 1950s. On top, from the left, Regina Veloso, the coach Margaride Fernandes and P3. On his knees, Carlos Freitas and J2.

1959 - João Godinho, who lived in Quelimane and Lourenço Marques and who was a great swimming champion of Mozambique.