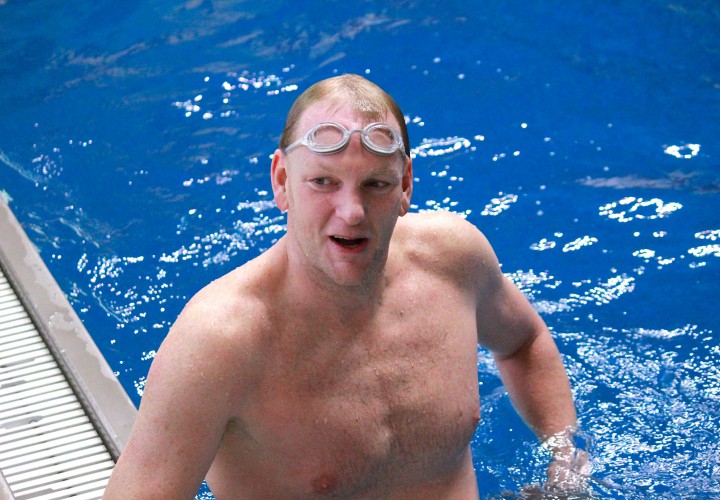 CARMEL, Indiana, June 24, 2014. MASTERS swimmer Chris Clarke was a fixture on the pool and open water racing scene in Indiana, and on Sunday he was competing in the Indy Open Water Challenge in Indianapolis for a chance to add another win to an impressive list of accomplishments.

Clarke, 45, was pulled from the two-mile race at Eagle Creek Reservoir by medical personnel when officials noticed him not moving after he had been part of the lead pack for much of the race. He was pronounced dead at St. Vincent-Indianapolis Hospital, according to an article in the Indianapolis Star. The cause of death was not given.

Clarke was a 2009 U.S. Masters Swimming Open Water All-American and a multiple state champion in pool events while representing Indy Aquatic Masters. He also was a competitive cyclist who swam collegiately at Michigan State University. A native of South Africa, Clarke was owner of Clarke Engineering Services and Acquire Automation.

“He was such a great asset to our community,” said Ben Christoffel, program director for Indy Aquatic Masters, of Clarke. “He was a great athlete. He was out there doing what he loved to do.”

The Masters swimming community recently lost another athlete in an open water race, when Robert Matysek suffered a heart attack during a race two weeks ago.

Christopher Clarke, a 45-year-old business owner and Masters national record-holder, was pulled from the water this weekend during the Indy Open Water Challenge. Clarke was rushed to a local hospital where he was later declared dead.

Clarke, a former collegiate swimmer at Michigan State, was among the leaders of the open water race on Sunday morning when he suddenly stopped moving. No official cause of death has been publicized as of Tuesday morning.

Clarke was born in South Africa, but attended college at Michigan State and lived in Carmel, Indiana. He started his own business, Clarke Engineering Services, and served as CEO of it and its sister company Acquire Automation. He was also a founder and CEO of Indianapolis’s Verbal Behavior Center for Autism.

Clarke was an accomplished Masters swimmer – he was a two-time Masters All-American, according to an article on the Indy Aquatic Masters website. Clarke was also a member of the USMS national record-setting 400 free relay from the Indy YMCA for the 100-119 age group. That record was set in 2009 and still stands. 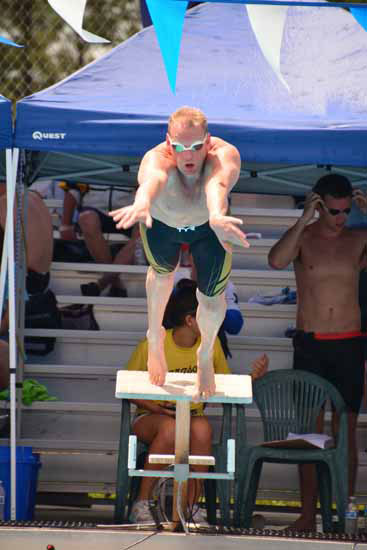 The swimming community is mourning the loss of a great friend and teammate. On June 22, 2014, Chris Clarke, 45, was participating in the Indy Open Water Challenge when he was pulled from the water.

Words cannot express the depth and magnitude of grief being felt by his Indy Aquatic Masters teammates and his friends in the greater swimming community. Anyone who knew Chris felt his enthusiasm for life and his passion for swimming.

Born December 10, 1968, he spent much of his youth in Johannesburg, South Africa. Chris came to the United States to swim for Michigan State in the late 1980s and early 1990s. He was named to the Dean's List seven times before earning both his bachelors and masters degrees in engineering from Michigan State.

After nine years of working as a project manager at a major pharmaceutical company in Indianapolis, Chris founded Clarke Engineering Services in 1997. The president and founder of both CES and its sister company, Acquire Automation, Chris is also is the CEO and board president of the Verbal Behavior Center for Autism in Indianapolis and was active in the Indianapolis business community.

Chris was also a force to be reckoned with in the water. Just a few of his Masters Swimming achievements include:

Chris is survived by his wife, Jane; his two daughters and a son.

A hugely attended memorial service was held to celebrate Chris' life on Saturday, June 28. Ben Christoffel gave the eulogy for Chris and put together a gallery of images. 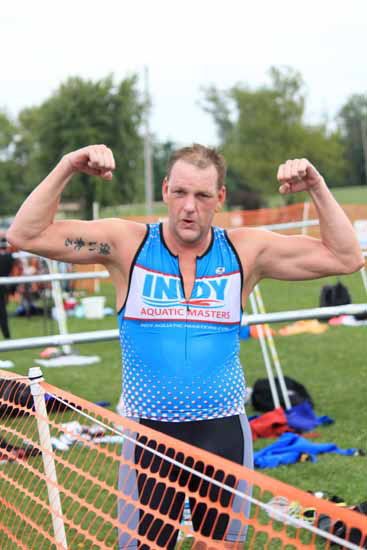